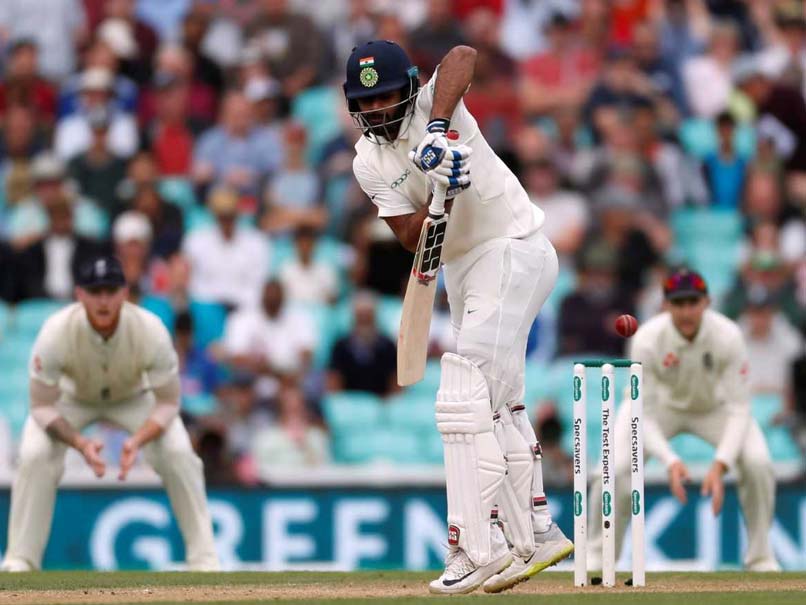 Hanuma Vihari scored a half-century on his Test debut.© Reuters

Hanuma Vihari justified his selection for the fifth and final Test against England by scoring a calculated half-century on his Test debut. Hanuma Vihari's selection before Karun Nair in the playing XI received much criticism but the debutant soaked up all the pressure and stood up to the expectations. By virtue of his maiden Test fifty, he became the fourth Indian to register a fifty-plus score in a Test debut innings in England. Rusi Modi (57* in 1946), Sourav Ganguly (131 in 1996) and Rahul Dravid (95 in 1996) are the other three Indians in the fray.

During his stay in the middle, Vihari played 124 balls in which he hit seven boundaries and one six off Ben Stokes on Day 2.

Vihari strung together a 77-run partnership with Ravindra Jadeja to steady the Indian innings and frustrate the English bowlers.

However, Moeen Ali gave hosts the much-needed breakthrough by dismissing Vihari for 56 in the morning session of the third day.

Moeen Ali bowled a tossed up delivery that spun back into the right-handed batsmen, forcing Vihari to take a stride forward in defence. The ball took a faint edge as Jonny Bairstow took a good catch behind the stumps.

Apart from this, Vihari became the 26th Indian player to register a fifty-plus score in debut innings when he took a single off Ben Stokes in the 71st over.

At lunch on Day 3, India were 240/7, with Ravindra Jadeja and Ishant Sharma on strike and they trailed England by 92 runs.

England Cricket Team Hanuma Vihari England vs India, 2018 Cricket England vs India, 5th Test
Get the latest updates on IPL 2021, check out the IPL 2021 Schedule and Indian Premier League Live Score . Like us on Facebook or follow us on Twitter for more sports updates. You can also download the NDTV Cricket app for Android or iOS.