Yuvraj Singh's "Blast From The Past" Gets Sourav Ganguly Nostalgic 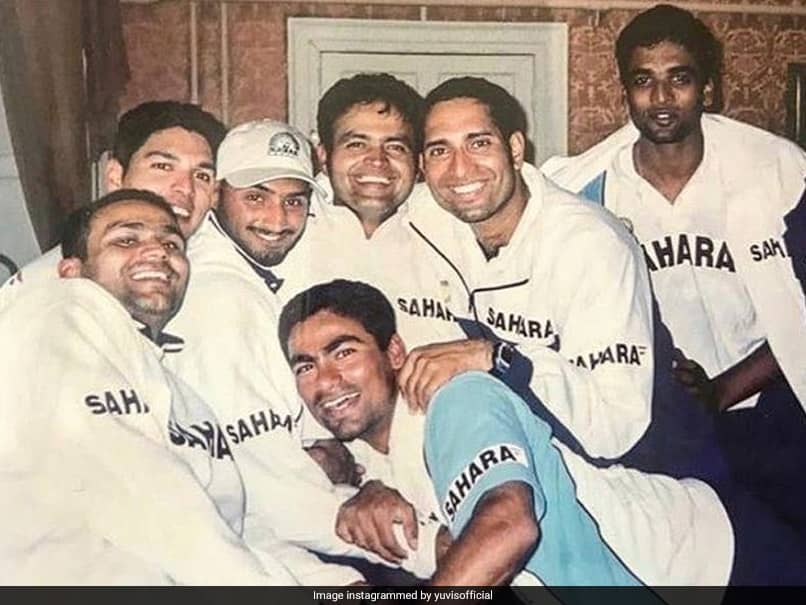 Yuvraj Singh shared a photo from India's tour of England in 2002.© Instagram

Former India batsman Yuvraj Singh shared a throwback photo from 2002 along with his ex-teammates, which got then-captain Sourav Ganguly nostalgic. "#blastfromthepast ! Jawaani ke din," he captioned the image, where he can be seen in his training kit along with Virender Sehwag, Harbhajan Singh, VVS Laxman, Mohammad Kaif and Dinesh Mongia. "what tour is this ?" he further asked. Ganguly, who is now the president of the Board of Control for Cricket in India (BCCI), commented on the picture "oh youngeee .. looks like england 2002 .. what a tour it was."

The Indian team had a good outing in England in 2002. They first won the triangular NatWest series, beating England in an epic encounter in the final at Lord's, where Yuvraj and Kaif's heroics saw them chase down a daunting target of 326.

The Ganguly-led team then drew the four-match Test series 1-1, even inflicting an innings defeat on the home side in the third Test in Leeds after making England follow on.

Yuvraj Singh recently found himself trending on social media as he marked the one-year anniversary of having retired from the game on June 10. Fans poured in their love, with the hashtag "#MissYouYuvi" trending on Twitter.

Yuvraj, who played a crucial role in India's triumphant campaigns in the 2007 T20 World Cup and the 2011 World Cup, had responded with a message to his fans, saying he was "overwhelmed and full of gratitude".