There is always room for banter between mischief mongers Yuvraj Singh and Virender Sehwag, and on the latter's birthday the camaraderie was on full show again. 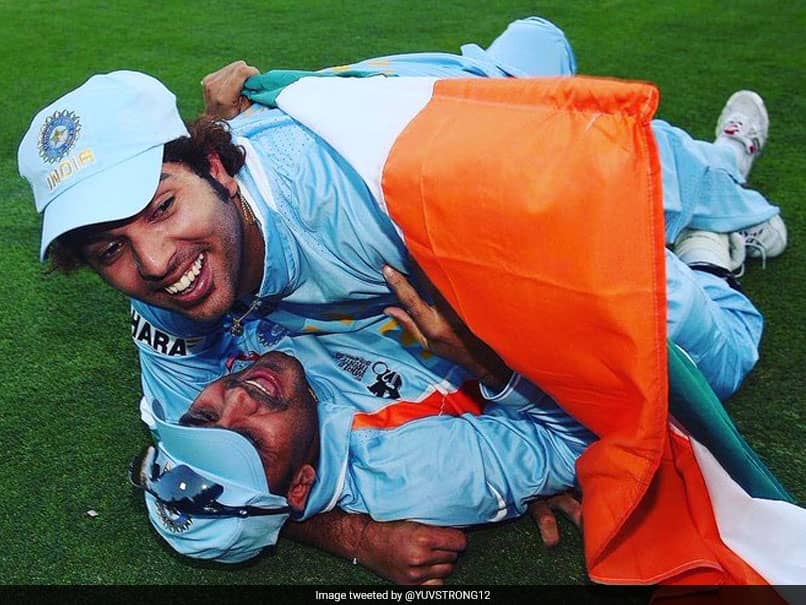 Yuvraj Singh has often found unique ways to wish his former teammates on birthdays and other occasions. He posted a customised video to bid MS Dhoni farewell when the latter announced his retirement from international cricket in August this year, and on Tuesday, Yuvraj posted a picture from the moments that followed India's historic win in the 2007 T20 World Cup to wish former teammate Virender Sehwag on his 42nd birthday. In the picture Yuvraj is seen hugging Sehwag even as both fell to the ground. “Jitni khatarnaak inki game hai, utni hi khatarnak inki aajkal acting (His acting is as dangerous as his game on the field). Wishing the legendary Multan ka Sultan @virendersehwag very Happy Birthday. Wishing you great health and success lots of love brother,” wrote Yuvraj in the caption.

Sehwag, who has had many shenanigans with Yuvraj during their India career, had a unique response for the post. “Bowler ho ya apni hi Team ka player Yuvi upar chadh hi jaate hain (Yuvraj pounces on everyone – be it a teammate or a player from the opposition). Thank you very much for your warm wishes Yuvi. Best wishes.”

Sehwag and Yuvraj made their international debuts under the captaincy of Sourav Ganguly and went on to play many global tournaments for India, including the 2003 World Cup, 2007 T20 World Cup and the 2011 World Cup.

Sehwag finished with 8586 Test runs and 8273 One-day International runs and last played for India in 2013.

Virender Sehwag Sourav Ganguly Cricket
Get the latest updates on IPL 2021, IPL Points Table , IPL Schedule 2021 , live score . Like us on Facebook or follow us on Twitter for more sports updates. You can also download the NDTV Cricket app for Android or iOS.