The BCCI president Sourav Ganguly also assured that the junior cricket and women's tournaments will be held between March and April. 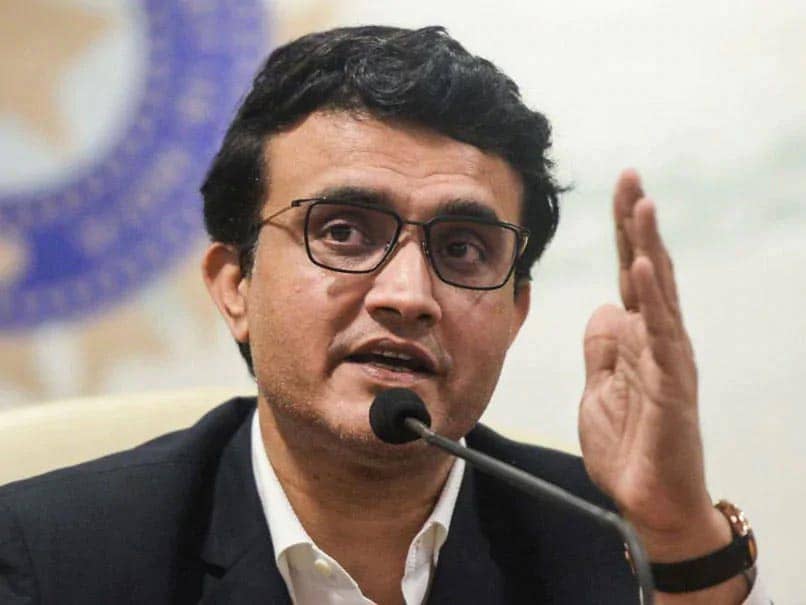 Courav Ganguly said the board won't be able to accommodate all domestic tournaments.© AFP

The much-awaited domestic cricket season will start from January 1, BCCI president Sourav Ganguly said on Saturday. The BCCI Apex Council met on Saturday evening and a good amount of time was spent on discussing the domestic calendar which had been thrown in disarray by the surging cases of COVID-19 in India. "We have had extensive discussions on domestic cricket and we have tentatively decided to start the competitions from January 1, 2021," Ganguly told PTI from Dubai.

When asked if it would be a curtailed season or not, the former Indian captain said the board won't be able to accommodate all domestic tournaments for practical purposes.

"We will certainly have the full fledged Ranji Trophy redball tournament. It will probably not be possible to hold all tournaments," Ganguly said, hinting that BCCI is eyeing the January-March window for Ranji Trophy.

The BCCI president also assured that the junior cricket and women's tournaments will be held between March and April.

"We also have elaborate plans for our age group and women's cricket. We will start with Ranji Trophy and then we will also have the other tournaments between March and April," he said.

He also informed that the Indian team will be allowed to train in Australia during their quarantine phase.

"Cricket Australia has sent us an itinerary and we discussed the modalities of that itinerary. We will be playing four Tests and that will end in third week of January," the BCCI president said.

The Indian team is expected to play three ODIs, three T20Is and four Tests Down Under.

On the home series against England, Ganguly said that the BCCI is monitoring the situation and the final itinerary will be prepared in due time.

"The England series is good three and a half to four months away. We still have time. We are monitoring the situation (COVID-19) which is pretty fluid and will take a call accordingly," he said.

While hosting the series in India (Ahmedabad, Kolkata and Dharamsala being likely venues) remains priority, the UAE is a second option.

India Cricket Team
Get the latest updates on India vs England Series, India vs England , live score and IPL 2021 Auction . Like us on Facebook or follow us on Twitter for more sports updates. You can also download the NDTV Cricket app for Android or iOS.