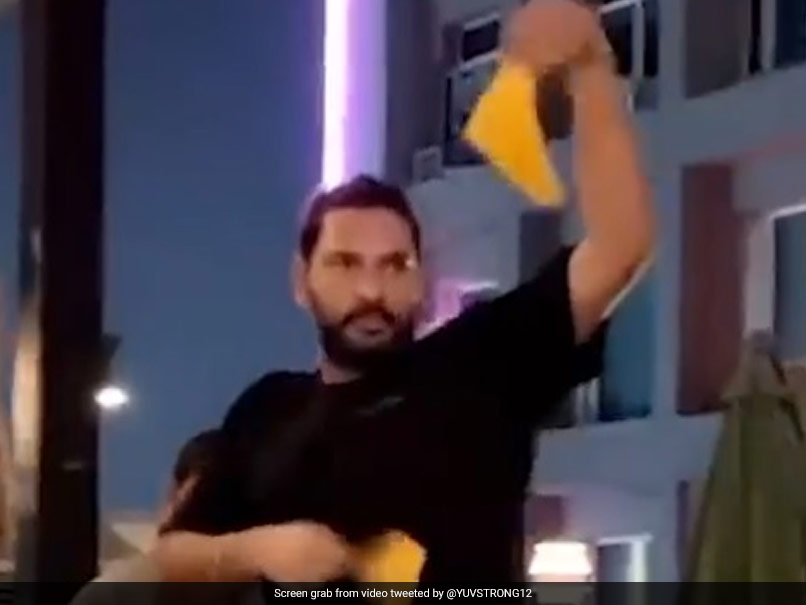 Yuvraj Singh having fun at a get-together with former India cricketers.© Twitter

Yuvraj Singh knows how to have fun. The hero of India's 2011 World Cup and 2007 World T20 triumphs is currently gearing up for the Road Safety World Series. On Monday, Yuvraj posted a video of a get-together with his former teammates, all of whom will be playing in the cricket tournament. Yuvraj Singh could be seen dancing and even enjoying the singing of Irfan Pathan and Suresh Raina. "Having fun with two legendary singers @IrfanPathan @ImRaina and of course the legend of legends @sachin_rt @munafpa99881129 @ManpreetGony @pragyanojha #roadsafetyworldseries #indialegends," he tweeted.

The second season of the Road Safety World Series was recently announced. The season will see legends from Indian cricket like Tendulkar, Yuvraj, Irfan, Yusuf Pathan, Harbhajan Singh and other in action. The tournament will take place in four cities: Kanpur, Indore, Dehradun, and Raipur. September will mark the beginning of the second season, while October will mark the start of the final leg of the tournament.

The tournament kicks off on September 10 in Kanpur where India Legends take on South African legends.

India, New Zealand, Australia, Sri Lanka, West Indies, South Africa, Bangladesh, and England will be among the teams playing. In addition to the two semifinals and the summit clash, there will also be a third-place playoff.

Indian cricket great Sachin Tendulkar will lead defending champions India Legends in the second edition of the Road Safety World Series (RSWS). Kanpur will host the opener and Raipur will host the two semi-finals and final.