Mohammed Siraj credited Indian captain Virat Kohli for easing pressure off him in his debut T20I match for India. 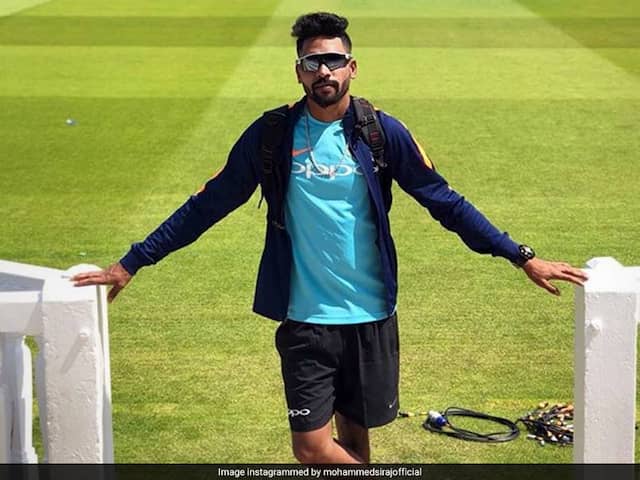 Mohammed Siraj earned a call-up to the Indian cricket team for the home series against the Windies beginning Wednesday. Both Bhuvneshwar Kumar and Jasprit Bumrah were rested from the 15-man squad paving the way for Mohammed Siraj's selection. Mohammed Siraj credited Indian captain Virat Kohli for easing pressure off him in his debut T20I match for India. "When I was selected for T20Is against New Zealand last year, I had a chat with Kohli bhai. I was nervous. He said 'Tension mat le, ground pe baat karenge. Bass ready reh kal khelne ke liye' (Don't worry, we will talk on the field. Just be ready for your debut match)". Siraj already played for India in three Twenty20 Internationals, each coming against different oppositions (New Zealand, Sri Lanka and Bangladesh)", he told Times of India.

Kohli will lead the Indian cricket team for the upcoming two-match Test series. Kohli, who was rested from the recently-concluded Asia Cup 2018 in UAE, will return to international action with the Test series. However, there was no place in the team for opener Shikhar Dhawan, who struggled in the Tests against England. Prithvi Shaw and Mayank Agarwal have been included in the squad while fast bowlers Jasprit Bumrah and Bhuvneshwar Kumar have been rested.