India vs England: How A Phone Call To Rahul Dravid Put Hanuma Vihari's Mind At Ease

Hanuma Vihari, who replaced Hardik Pandya in the playing eleven in the fifth and final Test at the Oval, said that he was nervous ahead of his maiden innings. 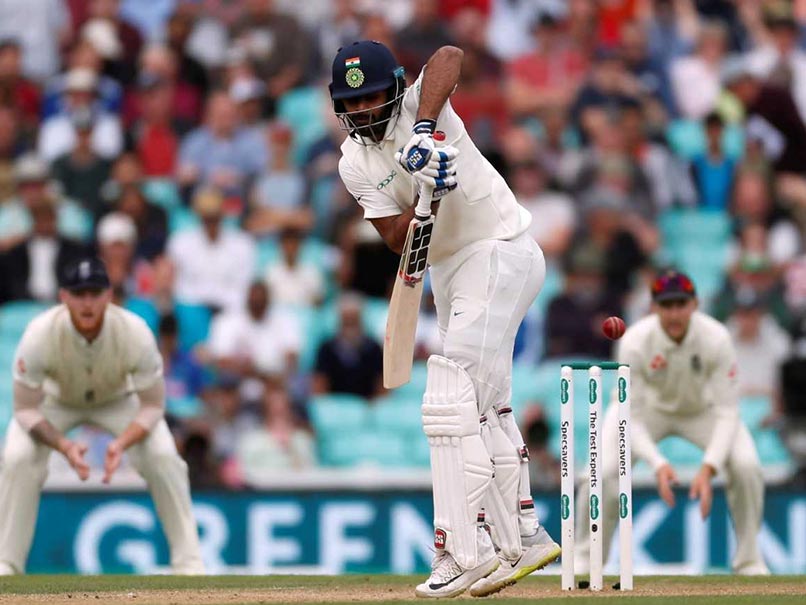 Debutant Hanuma Vihari scored an impressive 56 and put on a vital 77-run partnership with Ravindra Jadeja (86 not out) to help India post 292 in their first innings on Sunday. The Andhra Pradesh batsman, who replaced all-rounderHardik Pandya in the playing eleven in the fifth and final Test at the Oval, said that he was nervous ahead of his maiden innings. A bundle of nerves ahead of his Test debut, Hanuma Vihari said a phone call to Rahul Dravid put his mind at ease and helped him get the maiden fifty that rescued India from a difficult situation against England.

"I called him the day before I made my debut. He spoke to me for a couple of minutes and I thought it eased my nerves a little bit. He is a legend of the game; and his inputs especially in the batting department (helped me)," Vihari said Sunday of the influence of the former captain, who is currently the India A coach.

"He just told me that 'you have the skill set; you have the mind set and the temperament, just go out there and enjoy yourself'...I would like to give him a lot of credit because my journey with India A was very important for me to come here, his inputs made me a better player."

Vihari, who has played 63 first-class and 56 List A matches for Andhra Pradesh, also said that he was nervous while facing England fast bowlers James Anderson and Stuart Broad in his maiden international appearance.

"Initially I felt the pressure to be honest...But once I got myself in, it eased my nerves and it was an important partnership between Jadeja and me," he said.

"They are world-class bowlers. They have 990-odd wickets between them. Going out to bat, I just wanted to be positive in my intent. Especially when Virat is there, you just have to be there with him, rotate the strike and try to build a partnership.

Vihari also credited skipper Virat Kohli for guiding him in his Test debut.

"...having Virat at the other made my job a little easier I guess. His inputs helped me initially. He gave me some cues so that I could play it comfortably," he said.

"I will give a lot of credit to him for helping me out initially. But once I settled down, the wicket was very good to bat on especially with the medium pacers it got a lot slower yesterday," he added.

After passing the Anderson-Broad examination, Ben Stokes launched a verbal volley at Vihari after he hit the bowler for a six. The debutant said he tried to ignore it and Kohli's intervention helped.

"Just tried to focus on my own game. He (Kohli) also had a go at him and that's how the game is played nowadays; that's how Indian cricket is now. But my aggression is something, which I want to do with the bat," Vihari said.

"Obviously if its gets personal then I might say something back. But as long as it's healthy then everyone likes to have some banter in the cricket field," he said.