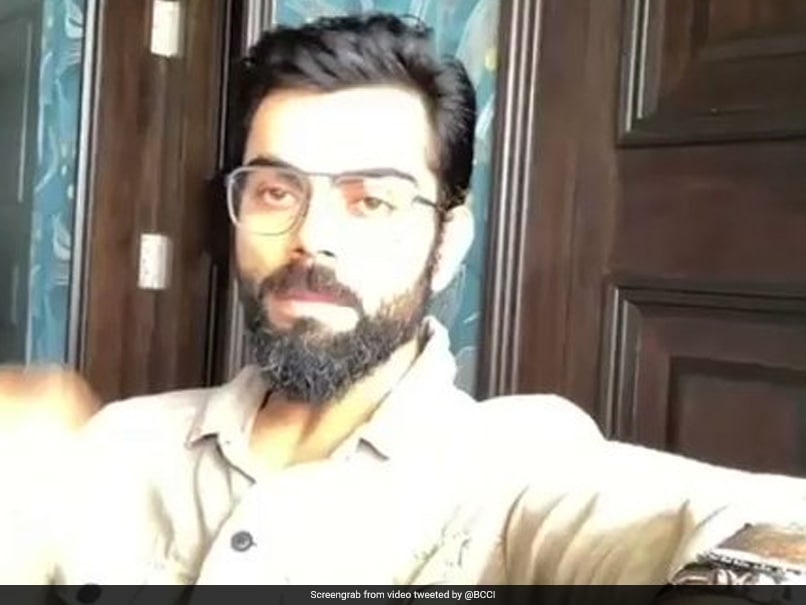 Mayank Agarwal expressed his liking of Virat Kohli's retro look in a teaser posted by BCCI on Twitter.© Twitter

Virat Kohli, Team India's captain across all formats, is the latest guest in Mayank Agarwal's chat show; 'Open nets with Mayank' that has seen the likes of Board of Control for Cricket in India (BCCI) president Sourav Ganguly, Rohit Sharma, Shikhar Dhawan, Yuzvendra Chahal, Kuldeep Yadav among others being quizzed by the right-handed batsman. The BCCI on Wednesday took to Twitter to share a teaser of an upcoming episode of the chat show that will feature Virat Kohli. In the 17-second teaser, Mayank Agarwal can be heard complementing Virat Kohli for his glasses and the Indian captain replies by saying he is going "retro".

"Look who's gone retro. Watch out for this episode of #OpenNetsWithMayank featuring #KingKohli," The BCCI captioned the video on Twitter.

During his chat with Sourav Ganguly, Mayank Agarwal quizzed the former India captain about his partnership with batting legend Sachin Tendulkar.

In reply, Ganguly revealed that Tendulkar never used to take strike and always forced him to face the first ball of the innings.

Apart from Indian players, Mayank Agarwal also hosted his Indian Premier League (IPL) teammate Chris Gayle and the West Indies opener opened up about an IPL game between the Kings XI Punjab and the SunRisers Hyderabad.

In that match, Gayle went after Rashid Khan and smashed the leg-spinner for four maximums in an over.

Gayle, during the chat with Mayank Agarwal, revealed that he doesn't a spinner coming in and start staring at him.

The 13th edition of the franchise-based league was postponed indefinitely in April but with the International Cricket Council postponing the T20 World Cup by a year, the BCCI are trying to utilise the September-November window to host the IPL this year.