"If Rashid Khan Comes On, I'm Gonna Finish Him": Chris Gayle To KL Rahul In IPL 2018

KL Rahul recalled that Chris Gayle had told him during a game against SunRisers Hyderabad in IPL 2018 that if Rashid Khan comes in the attack, he was going to finish him. 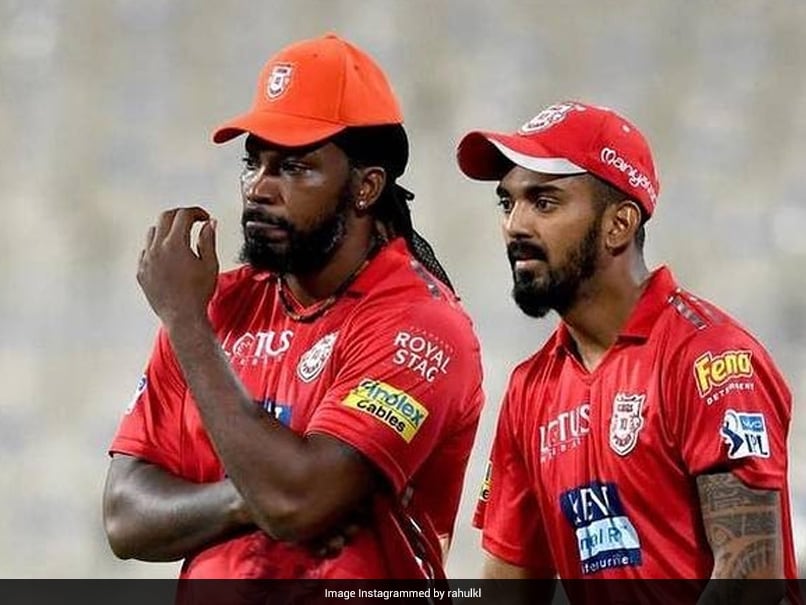 Mayank Agarwal, continuing his series of interviews in a chat show 'Open nets with Mayank', caught up with his Indian Premier League (IPL) teammates KL Rahul and Chris Gayle. During the chat, KL Rahul and Chris Gayle reminisced some of their best knocks in the IPL. KL Rahul, who was named Kings XI Punjab skipper for the 13th edition of the lucrative league, recalled a game from 2018 when the West Indies batsman had hit an unbeaten hundred against SunRisers Hyderabad.

"I remember in 2018, he (Gayle) was really hungry, he wanted that season, he was angry. He told me we're playing SunRisers and he said 'if Rashid Khan comes on, I'm gonna finish him because I don't like a spinner coming in and staring me down'," KL Rahultold Mayank Agarwal.

In that game, Gayle hit Rashid Khan for four consecutive sixes in the 14th over. The West Indies opening batsman scored 104 runs with the help of 11 sixes and a four.

In that season, KL Rahul was third-highest run-getter in the tournament but the Punjab-based franchise failed to qualify for the play-offs as they finished seventh on the points table after the group stage.

Mayank Agarwal also asked Gayle about his fitness regime during the ongoing forced break from cricket.

The West Indies batsman jokingly said that he will be fitter than Floyd Mayweather and John Cena.

All the three players would have been busy representing Kings XI Punjab in the 13th edition of IPL but due to the coronavirus pandemic, the Board of Control for Cricket in India postponed the league indefinitely.

Sunrisers Hyderabad
Get the latest updates on SA vs IND 2021-22, check out the Schedule and Live Score . Like us on Facebook or follow us on Twitter for more sports updates. You can also download the NDTV Cricket app for Android or iOS.