Australia had been decimated 0-4 when they were in India last time. This time, while aware of the 'Virat Kohli' challenge, they are hoping for better results. 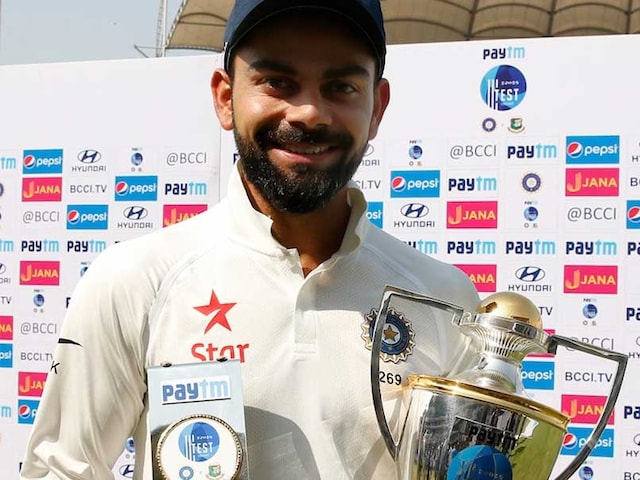 Australia skipper Steve Smith knows his side is up against it. With the Indian team, under Virat Kohli's leadership, have decimated all comers at home, this Australian side will be severely challenged when they face-off against the hosts in Pune from February 23. While admitting that Kohli posed the biggest threat, Smith and coach Darren Lehmann were not dismissing other Indian batsmen either. At the same time, they were also bracing themselves, not just for test by spin, but seam as well.

"We are very excited about this tour, it is going to be a difficult challenge," Smith said while addressing the media in Mumbai on Tuesday. "India are a very good team, we have prepared very well and hopefully the players can be successful."

The Australian captain acknowledged the threat posed by Kohli and said they have a game plan in place.

"We are trying to form a game plan. Obviously I am not going to tell you about it. He is a world-class player and is batting very well, has got four double hundreds in his last four series. He is a key player for India but they have a strong top six."

Smith admitted not only the Indian spinners but also the pace attack was equally challenging.

"It is not only spinners, they have some great fast bowlers."

Australia have employed India left-arm spinner Sridharan Sriram, who has played eight One-Day Internationals (ODI), and his England counterpart Monty Panesar to provide expertise on how to handle Indian spinners.

"Sriram and Monty tried to explain how to play spinners better," said coach Lehmann. "That will be the key to success but we know they have quality seamers as well."