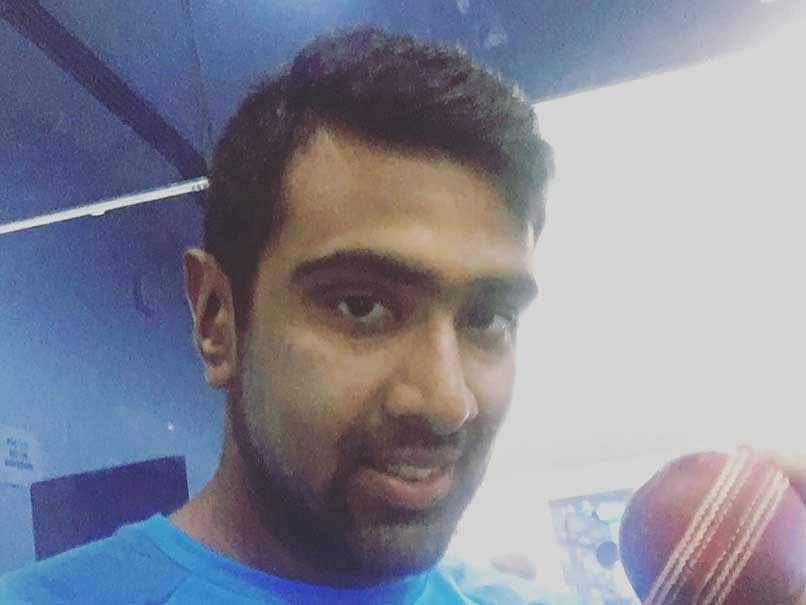 Ravichandran Ashwin is the fastest to pick 250 wickets in Test matches.© R Ashwin/Twitter

Ravichandran Ashwin asked Bangladesh captain Mushfiqur Rahim to sign the match ball with which he achieved a major milestone in his career. Being fastest to 250 Test wickets is no mean achievement, so one can't blame Ashwin for taking Mushfiqur's autograph on the match ball with which he achieved the world record. Rahim was Ashwin's 250th victim in his 45th Test match. Ashwin dismissed the opposition captain who tried playing a sweep and was caught down the leg-side by Wriddhiman Saha.

"Yes, Ashwin came upto me with match ball and asked me to autograph it as I was his 250th victim. I heard that he has created a world record surpassing Dennis Lillee," Rahim told PTI on the sidelines of the media conference.

It's not only Ashwin but former captain Mahendra Singh Dhoni is also a souvenir lover. Dhoni collects at least one match stump after every Indian victory.

However since the time LED stumps in ODIs came into vogue, Dhoni has not been allowed to take them as they are too costly.

Comments
Topics mentioned in this article
India Cricket Team Bangladesh Cricket Team Ravichandran Ashwin Mushfiqur Rahim Dennis Keith Lillee Rajiv Gandhi International Stadium, Hyderabad Cricket
Get the latest updates on ICC T20 Worldcup 2022 and CWG 2022 check out the Schedule, Live Score and Medals Tally. Like us on Facebook or follow us on Twitter for more sports updates. You can also download the NDTV Cricket app for Android or iOS.