Shoaib Akhtar said that the idea to play four-day Test matches is "rubbish" and no one should be interested in it. 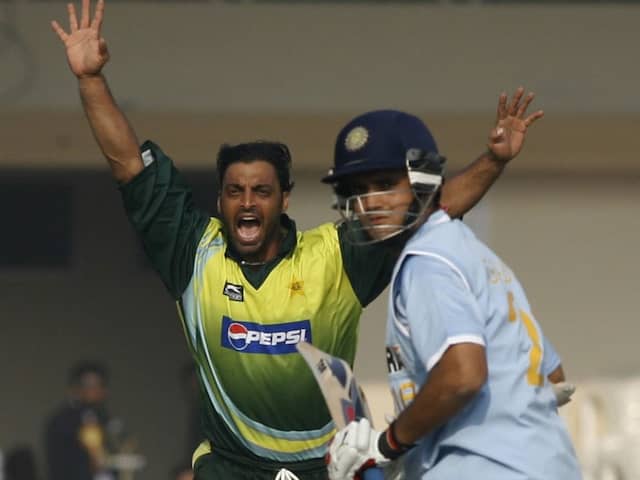 Former Pakistan pacer Shoaib Akhtar has outrightly rejected the concept of the four-day Tests which the International Cricket Council (ICC) plans to bring in for the World Test Championship from 2023. According to Akhtar, ICC cannot implement the idea without the approval of the Board of Control for Cricket in India (BCCI) which under Sourav Ganguly will never give it's nod. "The idea to play four-day Test match is rubbish and no one should be interested in it. BCCI chief Sourav Ganguly is an intelligent man and he will not let this happen. He will not let Test cricket die," Akhtar said in a video posted on his Youtube channel.

"The ICC cannot implement a four-day Test without BCCI's approval.

"I want more people from Pakistan, Sri Lanka and India to come forward and raise their voice against it. I want legendary cricketers from my country to voice their opinion," he added.

India skipper Virat Kohli also didn't back the idea saying it will be unfair to the "purest format of the game".

ICC's increasing demand for event windows, the proliferation of domestic T20 leagues, BCCI's demands for its own sizeable share of bilateral calendar space, and the costs of staging Test series are all said to be the factors contributing to the move.

Comments
Topics mentioned in this article
Shoaib Akhtar Sourav Ganguly BCCI Cricket
Get the latest Cricket news, check out the India cricket schedule, Cricket live score . Like us on Facebook or follow us on Twitter for more sports updates. You can also download the NDTV Cricket app for Android or iOS.