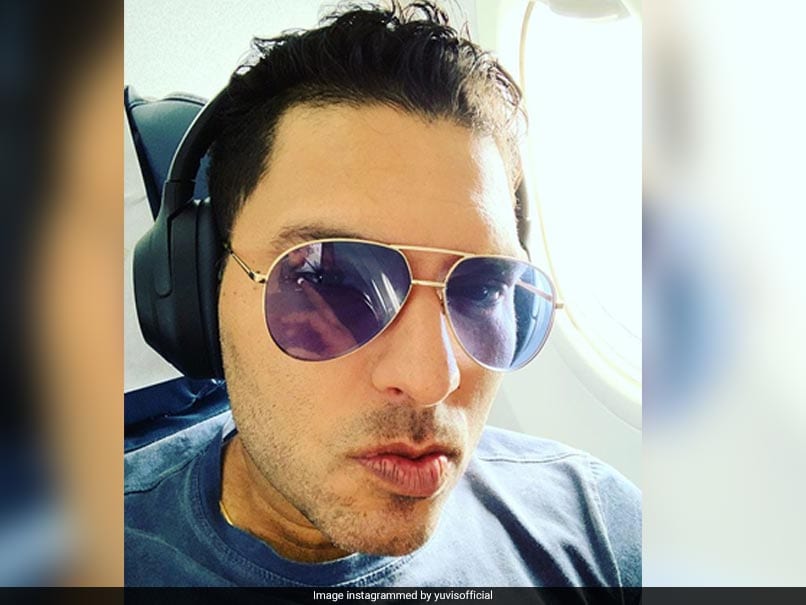 Yuvraj Singh posted this picture on Instagram, also asking fans if he should get his beard back.© Yuvraj Singh/Instagram

Yuvraj Singh was in the capital for an event and had even spoken to NDTV, urging the team management to stop making statements about Rishabh Pant in the media. In his interview, Yuvraj Singh was seen sporting a beard, which he has had for some time now. However, on Saturday, the former India cricketer unveiled his new "chikna chamela" look on Instagram. A clean shaven Yuvraj Singh is seen pouting in the picture that he captioned: "New look chikna chamela !! or should I bring back the beard?" The general consesus on the comments section was for Yuvraj Singh to get his beard back with tennis star Sania Mirza also joining the chorus.

Sania Mirza, though, also decided to hilariously mock Yuvraj's new look, saying: "Are you pouting to hide the chin under the chin we spoke bout ???? Bring the beard back".

New look chikna chamela !!or should I bring back the beard?

However, there were a few users who praised Yuvraj's clean shaven look.

"Old/vintage yuvi is back," wrote nikhiljha4383.

According to saivenkatesh7752 Yuvraj looked "very young" while ayush_das09 said, "Clean shave or beard both suits u".

Yuvraj Singh has been quite vocal in the media lately. Earlier this week, Yuvraj Singh spoke to NDTV and came out in defense of young Indian wicketkeeper Rishabh Pant.

Yuvraj said that Rishabh Pant "has a lot of potential" but needs some mentoring from the captain and the coach.

"Someone needs to mentor Rishabh according to his character. Suppressing Rishabh won't get the best out of him. He has a lot of potential, the captain and the coach need to mentor him. Team needs to stop making statements about Rishabh in the media," Yuvraj Singh told NDTV.

"Rishabh Pant has the best match-winning ability. Mental aspect of the players needs to be addressed," Yuvraj Singh added.

A few days later, speaking to India Today, Yuvraj Singh fumed at the treatment meted out to him and others like Virender Sehwag and Zaheer Khan and also claimed that despite clearing  the Yo-Yo test, he was told to prove his worth in domestic cricket.

"They actually thought that I wouldn't be able to clear the test due to my age. And that it would be easy to decline me afterwards...yeah you can say it was an exercise in making excuses," Yuvraj added.

Rishabh Pant Sania Mirza Cricket
Get the latest updates on ICC T20 Worldcup 2022, check out the Schedule and Live Score. Like us on Facebook or follow us on Twitter for more sports updates. You can also download the NDTV Cricket app for Android or iOS.