Sachin Tendulkar scored a fine 98 as India beat Pakistan in a 2003 World Cup clash at Centurion in South Africa. 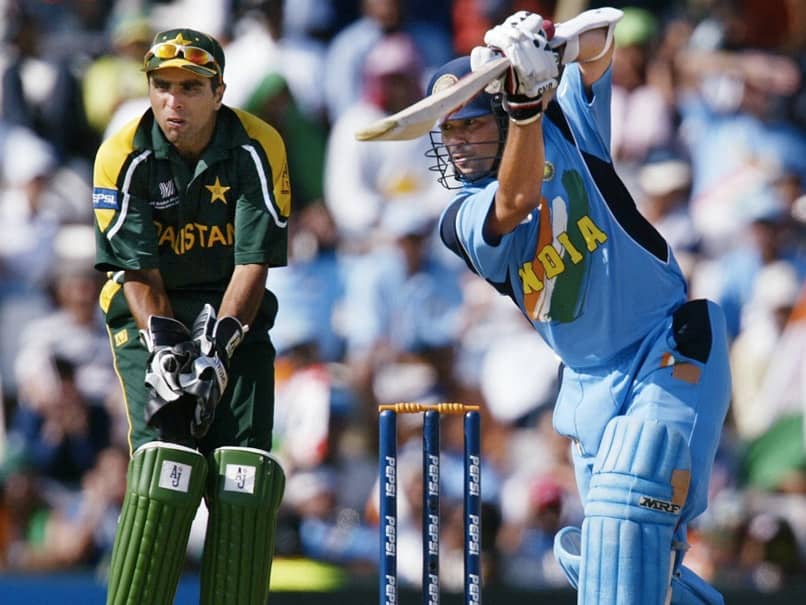 Sachin Tendulkar hit 12 boundaries and one six in his innings against Pakistan in the 2003 World Cup.© AFP

Getting Sachin Tendulkar out would have been a huge scalp on any occasion, let alone a World Cup clash. But former Pakistan pacer Shoaib Akhtar was "very sad" when he dismissed the Master Blaster for 98 during Pakistan's loss to India in the 2003 World Cup. Akhtar said that he wanted Tendulkar to score a century, claiming that it was a "special innings". He went on to say that he would have loved to have seen the legendary batsman hit him for a six off the bouncer that did him in.

"I was very sad because Sachin got out for 98 in the 2003 World Cup match against us," Pakistani cricket writer Saj Sadiq quoted Shoaib Akhtar as saying.

"It was a special innings, he should have reached the century mark and I wanted him to hit a century," Akhtar said.

"For that bouncer where I got him out, I would have loved to see a sixer," he said.

In the match in Centurion, Pakistan batted first and scored 273-7, courtesy a brilliant Saeed Anwar century.

Coming out to chase, India's opening pair of Tendulkar and Virender Sehwag got off to a rapid start, before the latter lost his wicket with India at 53-1 in just the sixth over.

Tendulkar went on to blitz 98 off just 75 deliveries, taking the attack to the bowlers, hitting 12 boundaries and a six.

He was eventually caught by Younis Khan off Shoaib Akhtar's bowling, but a composed 44 from Rahul Dravid and a breezy half-century from Yuvraj Singh saw India comfortably chase down their target with over four overs to spare.