Sachin Tendulkar, Harbhajan Singh and Yuvraj Singh shared the dressing room for a long time during their international careers. 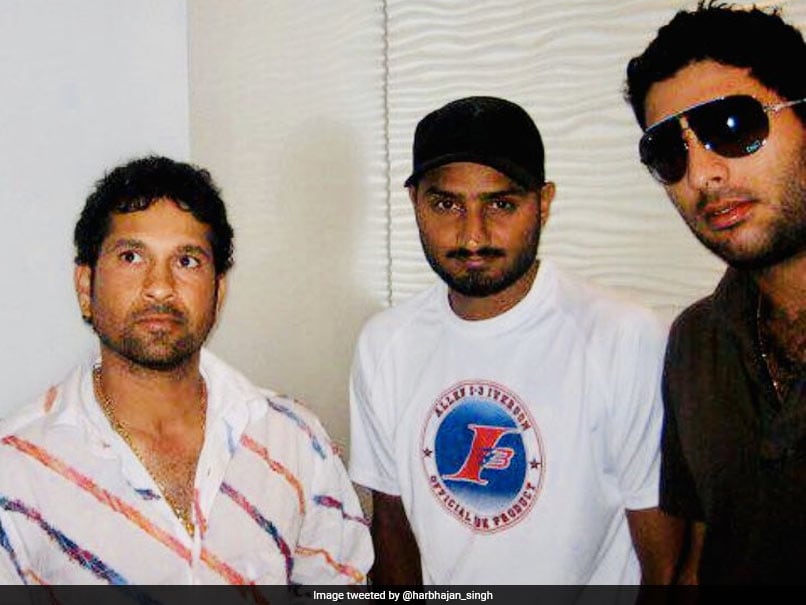 Sachin Tendulkar, Harbhajan Singh and Yuvraj Singh have shared a bond on and off the field over the years. These days, the camaraderie is quite evident from their social media interactions with each other. The trio, who shared the dressing room for a long time during their international careers, were part of India's World Cup winning team in 2011. On Friday, Harbhajan Singh shared a throwback picture with Yuvraj and Tendulkar and captioned it, "Old day gold days @sachin_rt @YUVSTRONG12 friends forever".

Soon, Yuvraj, who is the only person wearing sunglasses in the picture, replied to the tweet saying,"Paji chasma check karo (brother, check out the sunglasses)".

Sachin Tendulkar, who retired from international cricket in 2013, will soon feature in Road Safety World Series - a T20 tournament which aims to promote road safety.

The tournament, featuring 10 retired international cricketers, is scheduled to be played in Mumbai and Pune from February 2-16, next year.

Earlier, Sachin Tendulkar played for the MCC against Rest of the World XI at Lord's in 2014 and also featured in three exhibition T20s in the US in 2015.

Moreover, Tendulkar also continues his association with the Indian Premier League side Mumbai Indians in the form of the team icon.

Yuvraj Singh, who announced his retirement from international cricket and the IPL in June this year, represented Toronto Nationals in Global T20 Canada 2019.

Yuvraj Singh Harbhajan Singh Cricket
Get the latest updates on IPL 2021, check out the IPL 2021 Schedule and Indian Premier League Live Score . Like us on Facebook or follow us on Twitter for more sports updates. You can also download the NDTV Cricket app for Android or iOS.