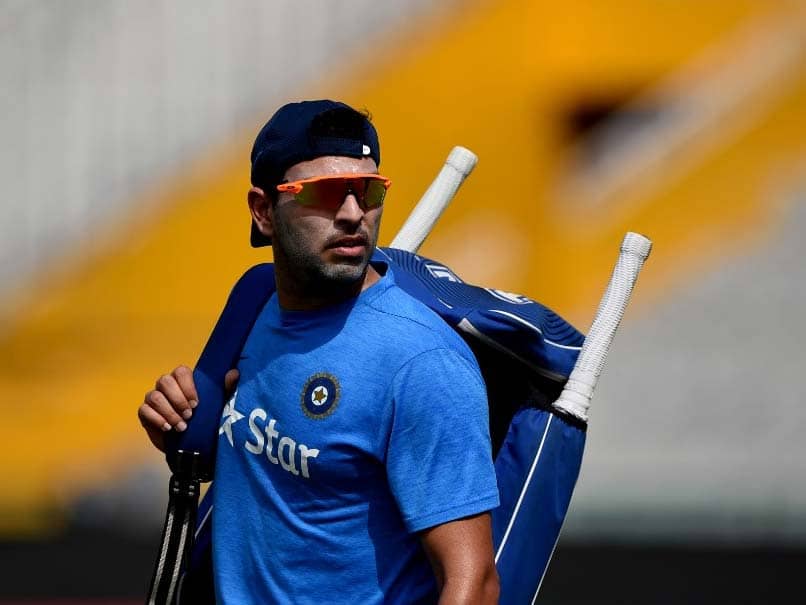 Yuvraj Singh batted at number four for a significant part of his international career.© AFP

Yuvraj Singh, who batted at number four for a significant part of his international career, came up with a cheeky reply to a tweet posted by Harbhajan Singh on Friday. The spinner had suggested that Sanju Samson could be the solution to India's number four conundrum in the One Day Internationals. "Why not Sanju Samson at number 4 in odi.. with good technique and good head on his shoulders.. well played today anyways against SA A," Harbhajan had tweeted. Replying to his former teammate, Yuvraj Singh wrote, "Top order is very strong bro they don't need no. 4 batsman."

Iyer batted at number five during the recently-concluded ODI series in the West Indies and scored 71 and 65 in the two innings he played and impressed both head coach Ravi Shastri and skipper Virat Kohli.

At the World Cup earlier this year, India struggled to find their right No. 4 batsman as both KL Rahul and Vijay Shankar failed.

While in Tests, India don't have the problem of who will bat at No.4 with Kohli making the position his own, the opening slots have been a worry for quite some time.

With Prithvi Shaw suspended, India went with just two openers - KL Rahul and Mayank Agarwal - for the two-Test series in against the Windies. While Agarwal did seem to be in control, Rahul didn't play any substantial knock.

Rahul managed scores of 44, 38, 13 and 6 in four innings in the Caribbean islands; he wasted opportunities to convert starts in the first Test in Antigua and didn't get starts in the next game in Jamaica. He hasn't managed a 50-plus score since his 149 against England at the Oval, 12 innings back.

Yuvraj Singh Harbhajan Singh Cricket
Get the latest updates on India vs Australia Series, check out the India vs Australia Schedule for 2020-21 and Ind vs Aus live score . Like us on Facebook or follow us on Twitter for more sports updates. You can also download the NDTV Cricket app for Android or iOS.