Yuvraj Singh heaped praise on Virat Kohli and Jasprit Bumrah for their fitness. Virat Kohli led India to the number one position in the Test rankings.© Instagram

Virat Kohli partied with the Indian team at Jolly Beach in Antigua on Wednesday, a day before India's first Test of the two-match series against the West Indies. Among all, Indian captain Virat Kohli and his go-to fast bowler Jasprit Bumrah stood out by flaunting their impressive six-pack abs. Besides many fans on social media, former India cricketer Yuvraj Singh also heaped praise on the Virat Kohli and Jasprit Bumrah for their fitness. "Sun soaking with @virat.kohli and the team," Jasprit Bumrah captioned a picture with skipper Virat Kohli on Instagram.

Sun soaking with @virat.kohli and the team 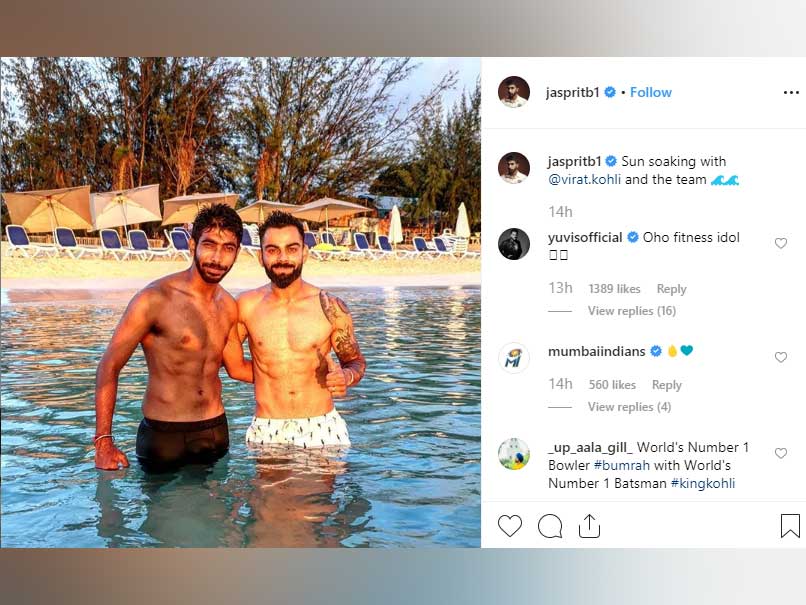 India are ranked number one in the ICC Test team rankings. They will start their World Test Championship campaign with the two-Test series against the West Indies.

Sri Lanka claimed the top position in the World Test Championship points table with a six-wicket win over New Zealand in the first Test of the two-match series.

Australia are currently second as they won the first Ashes Test against England, following which the second Test ended in a draw.

Yuvraj Singh Cricket West Indies vs India, 1st Test
Get the latest Cricket news, check out the India cricket schedule, Cricket live score . Like us on Facebook or follow us on Twitter for more sports updates. You can also download the NDTV Cricket app for Android or iOS.