Ziva Singh Dhoni's latest Instagram post showed her with a horse, and fans posted their reactions to the adorable pic. 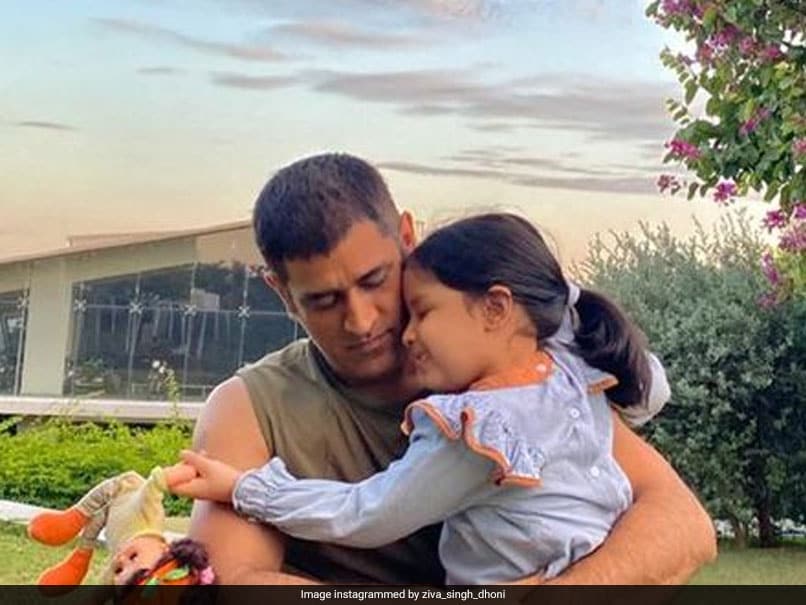 MS Dhoni poses for a photo with his daughter.© Instagram

MS Dhoni is known to love horses and a recent Instagram post from his daughter's account has Ziva Singh Dhoni pictured with a horse. Ziva's account is managed by her parents and its most recent post shows Ziva spending time with a horse. With the Indian Premier League (IPL) 2021 season postponed indefinitely, former India captain Dhoni has been spending lots of time with his family, and his wife has been keeping fans well-updated through her Instagram account.

Here is the photograph of Ziva petting a horse:

Fans reacted to Ziva's post with comments with one of them suggesting a caption for the pic: "A new love story".

Another commented: "Adorable Zizi and Rosie".

Lately, Dhoni has been spending plenty of time in his farmhouse with his family. Sakshi recently shared a video of him petting a horse.

Dhoni's Chennai Super Kings (CSK) were second on the IPL 2021 points table before the tournament was postponed after several Covid-positive cases across teams.

SunRisers Hyderabad's (SRH) Wriddhiman Saha also tested positive, but he has recovered since then. He is part of India's squad for the World Test Championship (WTC) final.

The Board of Control for Cricket in India (BCCI) announced after a Special General Meeting (SGM) last week that the tournament will resume in September-October and will take place in UAE.