Virat Kohli, while answering a question from a fan on Instagram, described his bond with former India skipper MS Dhoni in two words. 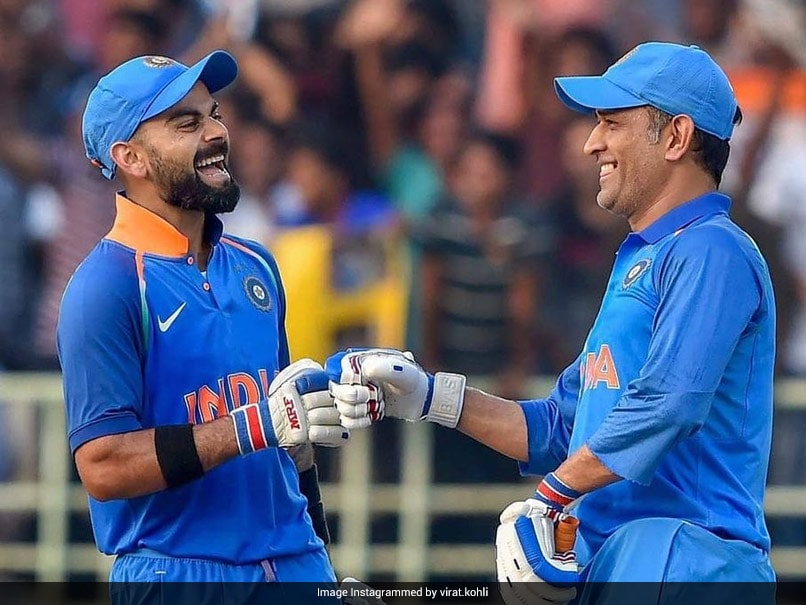 Virat Kohliis currently in quarantine in Mumbai ahead of India's tour to England where the team will play six Test matches, including the World Test Championship finalagainst New Zealand, starting June 18. Kohli on Saturday conducted a question-answer session with his fans on Instagram where he answered several questions. A fan asked Kohli to describe his bond with captain cool, MS Dhoni, in two words. Kohli, who has time and again expressed his admiration for Dhoni, replied to the question and wrote "Trust, respect".

Kohli was also asked whether he likes criticism or compliments and the India skipper came up with a fine reply saying if it is not fake, he likes constructive criticism and genuine compliments.

Last year, Kohli, during an Instagram live with Ravichandran Ashwin, had said that Dhoni played a big role in him becoming the captain of the national team.

"I have always been inclined towards taking responsibility. After my debut for India, it was just about wanting to play, it was about being in the Indian XI all the time," Kohli had said.

"Then, with your intrigue in the game, you start talking to the captain regularly. I was always in MS' ears, discussing different tactics," Kohli added.

"I think he got a lot of confidence that I can do this after him. I think he played a big role in that (taking over the captaincy)," Kohli said.

Kohli will soon fly to England with India's Test squad for their nearly two-month long tour.

Team India will face New Zealand in the inaugural World Test Championship final, which will be played at the Ageas Bowl in Southampton from June 18 to 22 -- with June 23 kept as reserve day.