Virat Kohli explained how MS Dhoni had observed him for a long time, and how that played a role in his taking over as captain of the Indian team. 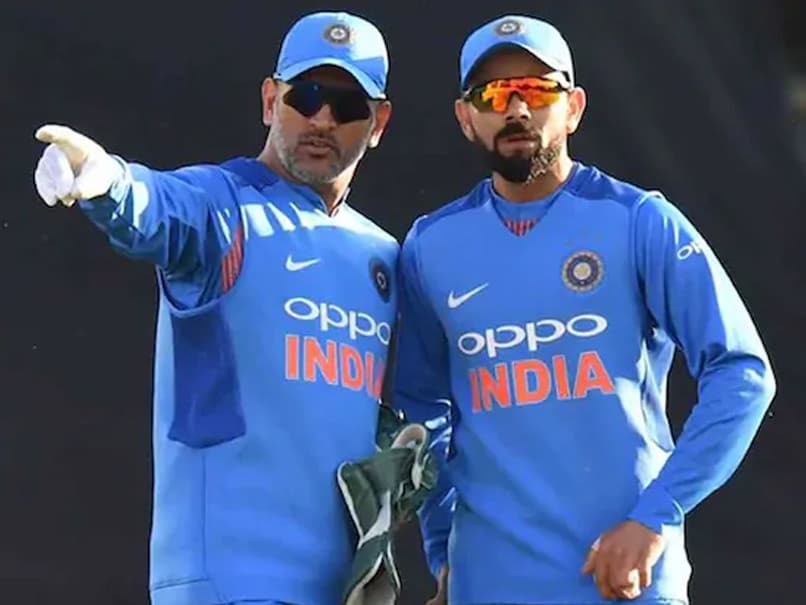 Virat Kohli and MS Dhoni are known to share a close bond.© AFP

India captain Virat Kohli credited his predecessor MS Dhoni for playing a big part in him taking over as skipper of the national side. Kohli said that while he has always been inclined towards taking responsibility, becoming the captain of the Indian team was "not even in his wildest dreams". He said that once he felt that he had made his place in the team, he started talking to Dhoni, who was the captain at the time, about different tactics, and said that this probably gave Dhoni the confidence that Kohli could take over the reins from him.

"I have always been inclined towards taking responsibility," he told off-spinner Ravichandran Ashwin on an Instagram Live chat. "After my debut for India, it was just about wanting to play, it was about being in the Indian XI all the time."

"Then, with your intrigue in the game, you start talking to the captain regularly. I was always in MS' ears, discussing different tactics," Kohli added.

"I think he got a lot of confidence that I can do this after him," Kohli said.

"I think a large portion of me becoming captain was also to do with him observing me for a long time," he added.

He said that the transition from one captain to another does not happen overnight and that you have to build trust and show that you can take over the job.

"I think he played a big role in that," Kohli said.

Kohli, during the interaction also revealed why he decided to play former Pakistan off-spinner Saeed Ajmal like a leg-spinner, who was at peak of his career at the time in 2012.

Kohli said his Doosra -- a delivery which turns away from a right-hander batman -- was difficult to counter while his regular off-spin delivery was not that potent.

Kohli went on to score 183 in the match, which remains his personal best in ODIs, as India chased down 330 with more than two overs to spare.