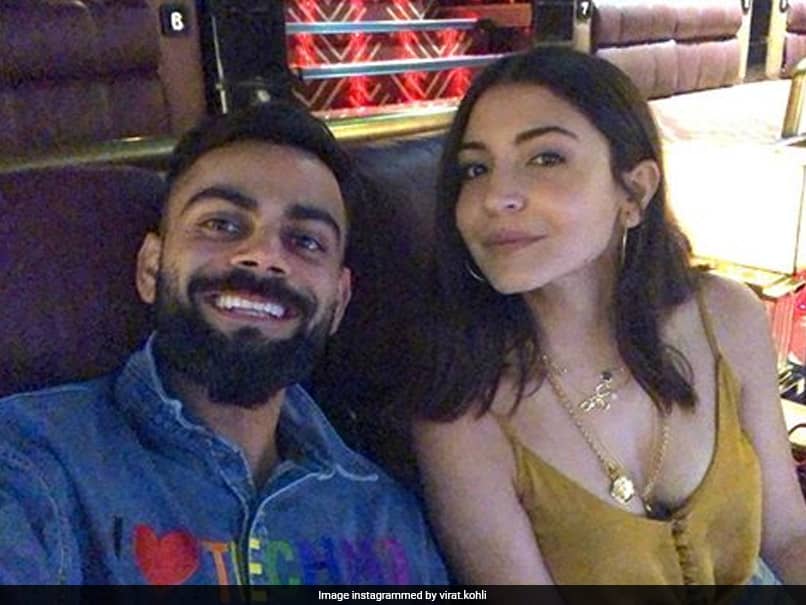 Virat Kohli said he has learned how to be fearless by looking at how Anushka Sharma goes about things.© Instagram

Virat Kohli, captain of India's men's cricket team across formats, opened up on his relationship with wife Anushka Sharma during an Instagram live session with Ravichandran Ashwin on Saturday. Virat Kohli was full of praise for Anushka Sharma's fearless approach when she decides on a script for her project be it as an actor or as a producer. "Her making choices of what she wants to do as a project, as a film as an actor or as a producer comes from the right place. She is a person who always does the right thing, she follows her gut, she follows her instincts and she follows it to the tee," Kohli told Ashwin.

"She is absolutely fearless, so when she does that she believes in that project. It is something that I've also learned looking at her. To have that belief that you are doing the right thing, then whatever happens left, right or centre you are not bothered by it," Kohli added.

Kohli also mentioned that Anushka Sharma can preempt what he is going through on the field by assessing his body language.

"Anushka is brilliant at what she does, at her craft, she's outstanding. She understands exactly what I'm saying without even me talking, with my body language she can understand what I'm going through on the field. That is the level of connect that happens when two people are on the same wavelength," Kohli said.

Virat Kohli was slated to lead the Royal Challengers Bangalore in the 13th edition of the Indian Premier League but due to the coronavirus pandemic, the Board of Control for Cricket in India postponed the lucrative league indefinitely.

Ravichandran Ashwin Cricket
Get the latest updates on India vs Australia Series, check out the India vs Australia Schedule for 2020-21 and Ind vs Aus live score . Like us on Facebook or follow us on Twitter for more sports updates. You can also download the NDTV Cricket app for Android or iOS.