Virat Kohli. who was placed 100th in the list of highest-paid athletes, rose to 66th spot in 2020 Forbes list, announced on Friday. 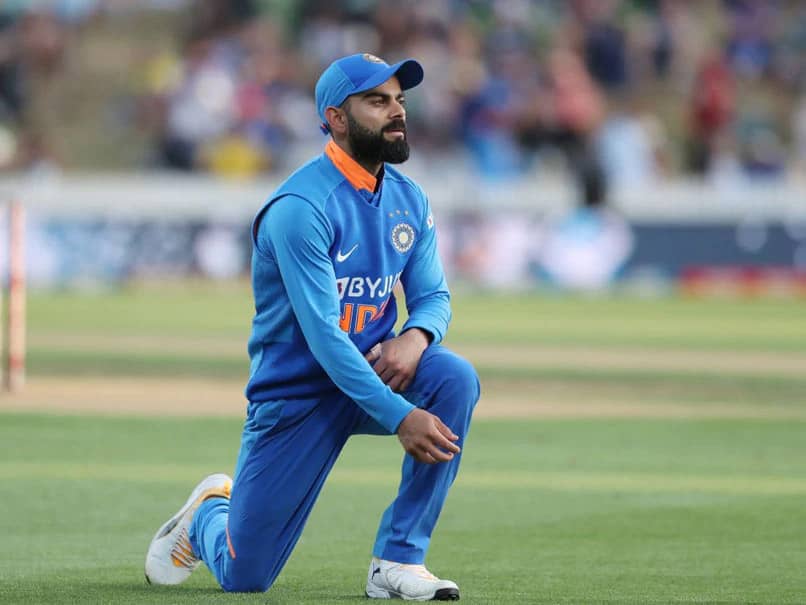 Virat Kohli is the only cricketer in the 2020 Forbes magazine list of highest-paid global athletes.© AFP

Roger Federer topped the 2020 Forbes magazine list of highest-paid global athletes announced Friday, leading the lineup for the first time with pre-tax earnings of $106.3 million (95.5 million euros). India captain Virat Kohli remains the only cricketer in the list rising to 66th place from being 100th in 2019. The Swiss tennis legend, a men's record 20-time Grand Slam singles champion, becomes the first player from his sport atop the annual list since its 1990 debut, rising from fifth in 2019. Federer's haul over the past 12 months included $100 million from appearances fees and endorsement deals plus $6.3 million in prize money. His previous best showing was second in 2013.

"His brand is pristine, which is why those that can afford to align with him clamor to do so," University of Southern California sports business professor David Carter told the magazine.

The ongoing coronavirus pandemic that shut down sports worldwide caused the first decline since 2016 in the total income of the world's 100 top-paid athletes, a 9% dip from last year to $3.6 billion. Another plunge is expected next year from the shutdown.

Portuguese football star Cristiano Ronaldo was second on the list at $105 million, $60 million in salary and $45 million from endorsements, with Argentine football hero Lionel Messi third on $104 million, $32 million of that from sponsorship deals.

Messi and Ronaldo, who have traded the top spot three of the past four years, saw their combined incomes dip $28 million from last year due to salary cuts when European clubs halted play in March.

NBA star Stephen Curry of the Golden State Warriors was sixth on $74.4 million with former teammate Kevin Durant next on $63.9 million.

Tiger Woods, the reigning Masters champion and a 15-time major winner, was eighth on the list and tops among golfers at $62.3 million, all but $2.3 million from sponsor deals.

Woods topped the Forbes list a record 12 times before an infidelity scandal helped end his run.

Two NFL quarterbacks rounded out the top 10 with Kirk Cousins ninth at $60.5 million and Carson Wentz 10th on $59.1 million.

The top 100 featured athletes from 21 nations and 10 sports. More NBA players made the list than those from any other sport at 35, but 31 NFL players made the cut, up from 19 from last year, and they pulled down the most money of any league, aided by finishing the season before the deadly virus outbreak.

Major League Baseball, whose start to the 2020 campaign was postponed by the virus outbreak, put only one player on the list after 15 in 2019. The lone MLB player was Los Angeles Dodgers pitcher Clayton Kershaw, who was 57th at $27.3 million with only $750,000 from endorsements.

Spanish footballer Carlos Ramos, the Real Madrid captain, was last among the 100 on $21.8 million, including $3 million in endorsements.

Federer, 38, boasts the biggest sponsorship lineup among active athletes with Moet & Chandon and Barilla among those paying from $3 to $30 million to link him with their brands.

Only Woods has joined Federer in making $100 million in sponsor deals in a single year.

Federer's newest deal is with Swiss running shoe On, where he is an investor, but several sponsors have been with him for more than a decade, including Rolex, Credit Suisse, Mercedes-Benz and Wilson.

A split with Nike in 2018 opened Federer to Japanese apparel brand Uniqlo's 10-year deal worth $300 million.