Former India chief selector Kiran More, in a chat with ex-West Indies pacer Curtly Ambrose and sports presenter Karishma Kotak, recalled the decision when he picked MS Dhoni to play for the national side for the first time. 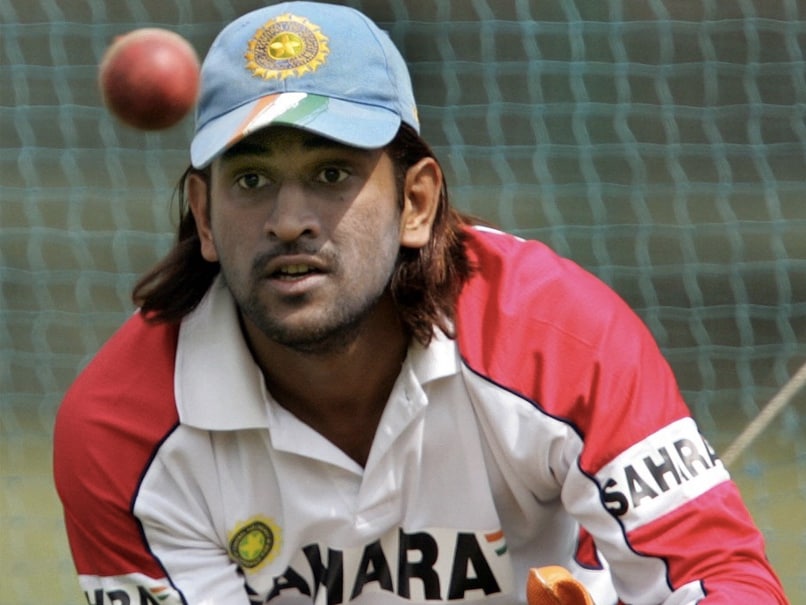 MS Dhoni made his international debut against Bangladesh in 2004.© AFP

Former India chief selector Kiran More, who played a huge role in fast tracking MS Dhoniinto the Indian side, said that it was a gamble that the selection committee took which paid off and he is happy that he took that chance with Dhoni and picked him to play for the national team. More, while answering a question from West Indian fast-bowling great Curtly Ambrose during a YouTube show called 'The Curtly and Karishma Show', said that India were looking for a wicketkeeper-batsman after the 2003 World Cup in which Rahul Dravid had kept wickets and the selection panel decided to go with the 23-year-old attacking batsman.

"My colleague saw him (Dhoni) first, then I went and saw him. I especially flew down and saw him get 130 runs out of the team's total of 170. He smashed everyone. We wanted him to play in the (Duleep Trophy 2004) finals as a wicket-keeper. That's when we had a lot of debate with Sourav Ganguly and Deep Dasgupta. It took about ten days to tell Sourav and his selector to ask Deep to not keep wickets, and to let MS Dhoni keep wickets," More said.

Dhoni repaid the trust shown in him by the selectors as he smashed the North Zone bowlers to all parts of the ground in Mohali.

"Dhoni kept wickets, he smashed Ashish Nehra and all the bowlers from North Zone and then we sent him to Kenya for the triangular series involving India A, Pakistan A and Kenya.

"MS scored about 600 runs and after that rest his history. Dhoni had all the package to become a match-winner. It was only a matter of time before all of them clicked together," More added.

"It's like gambling, you need to gamble on the right horse. We gambled on the right horse and that day he won the race for us. I am happy sitting at home and I give a lot of credit to my fellow selectors as well," More concluded.

MS Dhoni Sourav Ganguly Deep Dasgupta Cricket
Get the latest updates on SA vs IND 2021-22, check out the Schedule and Live Score . Like us on Facebook or follow us on Twitter for more sports updates. You can also download the NDTV Cricket app for Android or iOS.