"I Was Hoping I'll Get The Call": Jaydev Unadkat Disappointed After India Selection Snub

Jaydev Unadkat, the highest wicket taker in Ranji Trophy 2019-20, said he expected an India recall "somewhere down the line" during the marquee series against Australia and England last season. 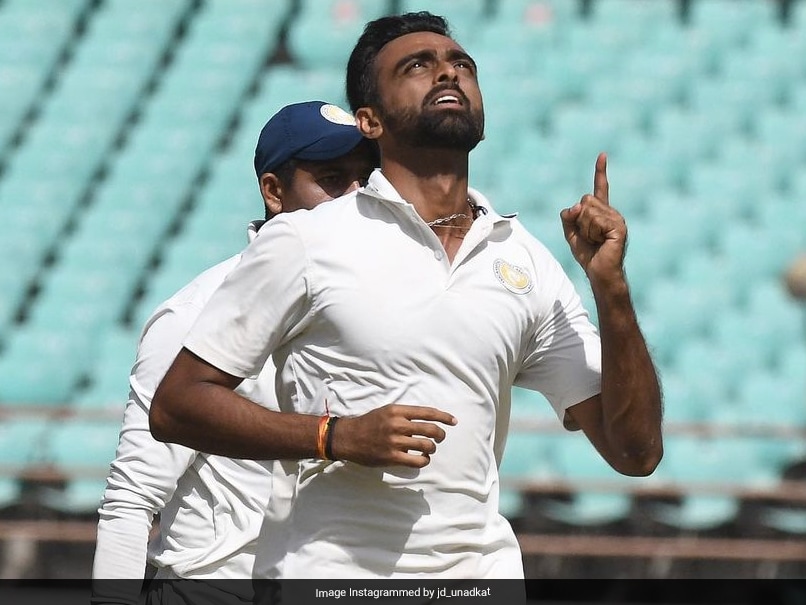 Jaydev Unadkat finished as the highest wicket-taker in the 2019-20 Ranji Trophy with 67 scalps from 10 matches. Yet, an India recall remained out of his reach throughout the COVID-19 affected 2020-21 season when India played big Test series against Australia and England. Moreover, he doesn't feature in the Indian squad for World Test Championship final and the Test series in England to be held later this year.

Unadkat said that he was hoping to get the call "somewhere down the line" but not making the cut despite there being a larger pool of players in the squad due to COVID-19 restriction left him "disappointed". Unadkat was most recently seen in action during the Indian Premier League (IPL) 2021.

"When I have performed the way I have, I was hoping I'll get the call somewhere down the line," Unadkat told Sportstar in an interview.

"The opportunities have become... one, they have reduced because of lesser tournaments but that has resulted in them creating a bigger pool for every series. That way it has become an opportunity in itself.

"And not being selected in that sense has been disappointing for sure but having said that, I've got to keep doing what I've been doing," he added.

"It's a fact that I was the highest wicket-taker in Ranji Trophy. Nothing has really happened after that," Unadkat said.

India were marred by injuries during their four-match Test series in Australia with the likes of Mohammed Shami, Umesh Yadav and Jasprit Bumrah all picking up injuries at different stages.

While Shardul Thakur, T Natarajan and Mohammed Siraj got their chances, Unadkat, the star performer of India's premier first-class tournament, was kept waiting.

No first-class cricket in the 2020-21 season also affected his chances, he said.

"Even during the Australia tour, with the amount of injuries that were happening, it became disappointing (to not be picked) afterwards," Unadkat said.

"To start with, maybe because I didn't have a great IPL (2020) - and what they look for is current form. It was T20 cricket in IPL but it was going to be red-ball cricket Down Under, but nowadays they look at current form more than the format.

"Since there wasn't much cricket happening back then, there was no Ranji Trophy this season, that way to start with, I felt (exclusion from) Australia tour was fine because everyone was fit in the main squad. But later on, (looking at) those who got chances, I felt I deserved one."

The England series at home in February-March could have been another opportunity for Unadkat, but it wasn't to be.

"Now for the England tour, I was hoping for it. As simple as that. I have been honest in the past when I have said that the guys who are at the top are doing well so I have to wait for my chance. This time around, I have been honestly disappointed," he said.

"I'll still take the disappointment positively to motivate myself to do better. That's all I can do," Unadkat added.

Jaydev Unadkat Cricket
Get the latest updates on ICC T20 Worldcup 2022, check out the Schedule and Live Score. Like us on Facebook or follow us on Twitter for more sports updates. You can also download the NDTV Cricket app for Android or iOS.