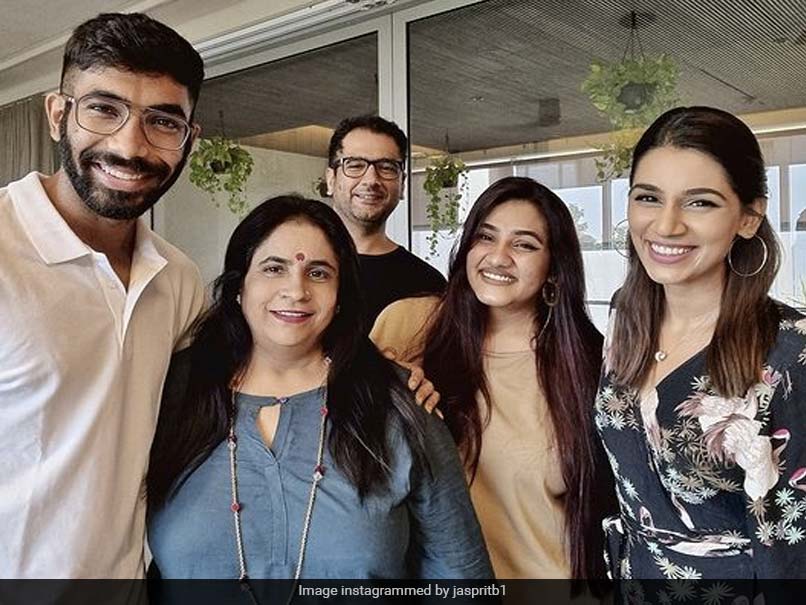 Jasprit Bumrah posted a picture with his family on social media.© Instagram

Jasprit Bumrah, who is set to travel with Team India for the long tour of England, took to Twitter to share a picture on Sunday in which he was seen spending quality time with his family. In the picture, Bumrah can be seen sporting a broad smile in the company of his wife Sanjana Ganesanand other family members. Sanjana, in her Instagram story, also shared a selfie with husband Jasprit Bumrah and her mother-in-law. Sanjana and Bumrah, who got married in March, were part of the Indian Premier League 2021 and returned home after the tournament was postponed indefinitely mid-season earlier this month.

Bumrah, who performed well in the now-postponed IPL 2021, was named in the India Test squad for World Test Championship final against New Zealand and the subsequent five-match series against England in the UK.

After coming back from the 14th edition of the IPL, Sanjana had shared an adorable post with Bumrah as she reunited with the Mumbai Indians star.

Bumrah, in his last tour to the UK, was exceptional with the ball for the visitors. The fast-bowler played three Tests in the five-match series and picked up 14 wickets in 2018.

India will be hoping for a similar performance from their leading pacer when they travel to England next month.