Ravindra Jadeja and Jasprit Bumrah returned as the BCCI announced the Test squad for the World Test Championship final against New Zealand the five-match Test series against England. 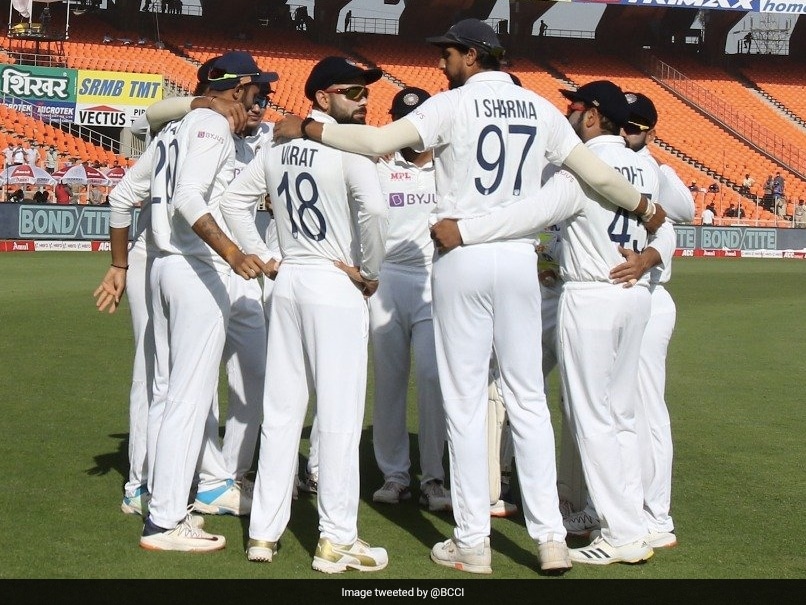 The BCCI picked a 20-member squad for the England tour.© Twitter

Ravindra Jadeja and Jasprit Bumrahreturned as the Board of Control for Cricket in India (BCCI) announced Test squad for the World Test Championship final against New Zealand and the five-match Test series against England. Hanuma Vihari, who missed the Test series against England with an injury, has also made a comeback to the side. The selectors also named KL Rahul and Wriddhiman Saha in the squad but their inclusion is "subject to fitness clearance", the BCCI tweeted. All-rounder Hardik Pandya and leg-spinner Kuldeep Yadav, who were part of the home Test series against England, have been dropped, while fast bowler Bhuvneshwar Kumar has also been left out.

KL Rahul was recently hospitalised after being diagnosed with acute appendicitis, while Saha tested positive for COVID-19 while he was in the SunRisers Hyderabad's bio-bubble.

Prasidh Krishna impressed one and all during his limited-overs debut against England, while Avesh Khan was one of Delhi Capitals' standout bowlers during the IPL 2021 -- that has been suspended indefinitely.

India's four-month long tour will begin with the World Test Championship final against New Zealand from June 18 in Southampton. The five-Test series against England will begin on August 4 in Nottingham. The team will then travel to London for the second Test at the Lord's from August 12 to 16.

Jasprit Bumrah BCCI Cricket
Get the latest updates on ICC T20 Worldcup 2022, check out the Schedule and Live Score. Like us on Facebook or follow us on Twitter for more sports updates. You can also download the NDTV Cricket app for Android or iOS.