The ICC expressed their confidence that the World Test Championship Final between India and New Zealand will go ahead as planned in Southampton in June this year. 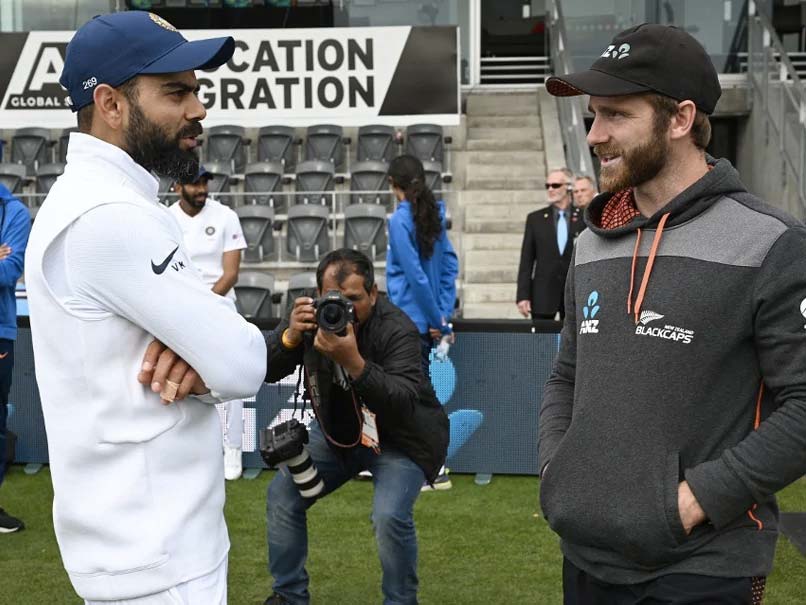 Virat Kohli and Kane Williamson will lead their sides against each other in the ICC WTC in UK.© AFP

The International Cricket Council (ICC) on Monday said it is confident the World Test Championship (WTC) final between India and New Zealand will go ahead as planned in Southampton in June. This comes after UK put India to its travel "red list" on a precautionary basis after reporting 103 cases of a coronavirus variant first identified in India. The final of the WTC is to be played in a bio-secure bubble at the Hampshire Bowl in Southampton. The final is slated to start on June 18 and continue till June 22 with June 23 kept as the reserve day.

"We are currently discussing with the UK Government the impact of countries being on the 'red list'."

"The ECB and other Members have demonstrated how we can stage international cricket safely in the middle of a pandemic and we are confident that we can continue to do that and that the World Test Championship Final will go ahead as planned in June in the UK," ICC said in a statement via Twitter.

New Zealand was the first team to make it to the ICC World Test Championship final and were joined by India following their series win over England.

Speaking in the parliament, UK health secretary Matt Hancock said, "We have recently seen a new variant first identified in India. We have now detected 103 cases of this variant."

"On a precautionary basis, we have made the difficult but vital decision to add India to the Red List," Hancock said.

"This means anyone who is not the UK or Irish resident or a British citizen cannot enter the UK if they've been in India in the previous 10 days," he added.

Kane Williamson Cricket
Get the latest updates on ICC Women's Cricket World Cup 2022 and IPL 2022, check out the Schedule , Live Score and IPL Points Table. Like us on Facebook or follow us on Twitter for more sports updates. You can also download the NDTV Cricket app for Android or iOS.