Scott Styris, Brett Lee, Graeme Swann and other commentators paid a tribute to their late partner Dean Jones after the end of IPL 2020 group stage. 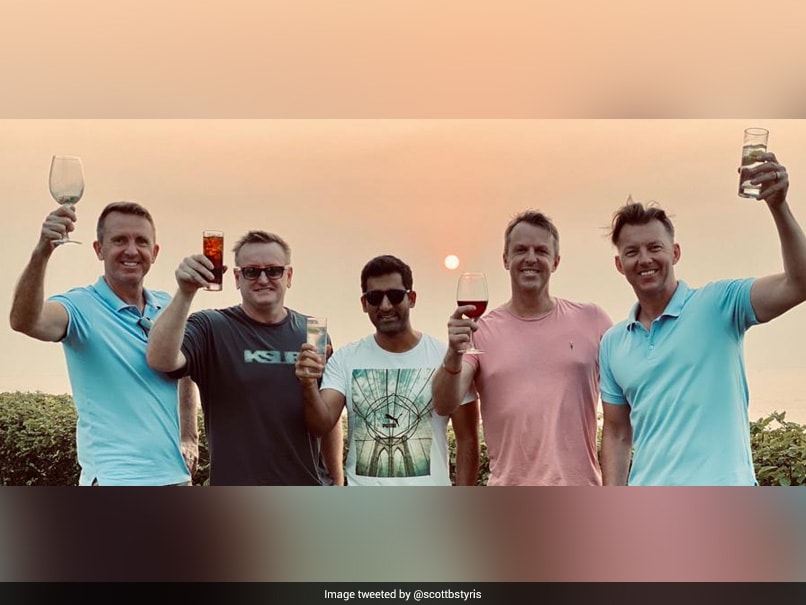 Scott Styris, Brett Lee, Graeme Swann and their fellow commentators paid a glowing tribute to the late Dean Jones, their partner in the commentary box, as the group stages of the Indian Premier League 2020 drew to a close. Jones died of heart attack on September 24 this year, five days after the tournament began in the UAE. “End of the group stages! #Deano” wrote Styris on Twitter as he posted a picture of the commentators raising their glasses as a tribute to their former partner.

Jones' sudden death while on commentary duty in Mumbai sent the cricket fraternity into shock with tributes pouring from all over the world.

IPL's broadcaster Star Sports had also paid a moving tribute to the former Australian cricketer by keeping one of the chairs in the commentary box reserved for “Deano” on the day he died.

After the conclusion of the league stage in IPL 2020, Mumbai Indians, Delhi Capitals, SunRisers Hyderabad and Royal Challengers Bangalore made the playoffs.

Mumbai will face Delhi in Qualifier 1 on Thursday, November 5 in Dubai with the winner booking a place in the final to be played at the same venue on November 10.

SRH and RCB will clash in the Eliminator in Abu Dhabi on November 6 with the winner taking on the loser in Qualifier 1 at the same venue on November 8.

SRH made the playoffs in emphatic style, thrashing the table-toppers, Mumbai Indians, by 10 wickets on Tuesday in a must-win clash.

SRH's victory meant that Kolkata Knight Riders, who had occupied the No. 4 position in the points table until Monday, were knocked out of the tournament.

Brett Lee Dean Mervyn Jones IPL 2020 Cricket
Get the latest updates on Fifa Worldcup 2022 and check out  Fifa World Cup Schedule, Stats and Live Cricket Score. Like us on Facebook or follow us on Twitter for more sports updates. You can also download the NDTV Cricket app for Android or iOS.