IPL 2020: Shikhar Dhawan said Delhi Capitals will look to take advantage of an out of touch Rohit Sharma, the Mumbai Indians captain who is returning after an injury layoff. 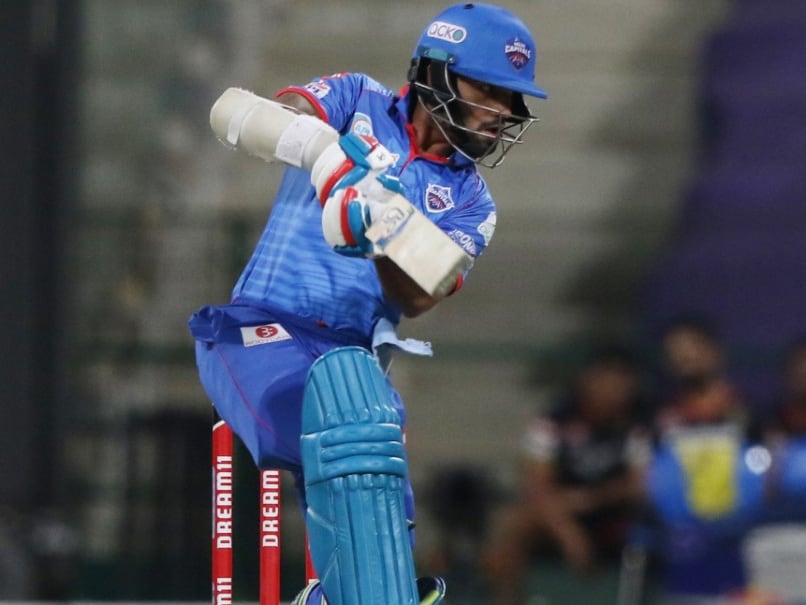 Mumbai Indians captain Rohit Sharmahad to sit out for four matches due to a hamstring tear, and ahead of the Qualifier 1 clash against Mumbai in the Indian Premier League (IPL) Shikhar Dhawan said that Delhi Capitals could capitalise on Rohit's form as there is pressure on every player who is making a comeback after an injury. "Rohit is a very good player, if he has not played matches for a long while, maybe he is not in good touch. It is about knowing how much confidence he has. Whenever a player returns from injury, there is pressure on him (and) we would look to take advantage of that," Dhawan said in a virtual press conference.

"There is nothing like that Mumbai has the upper hand. We are a strong side. We just have to play good cricket in all departments to win the match, we have to be clear in our plans.

"I am keeping myself fresh for the match against Mumbai. I have seen their bowlers enough times, I already know the plans. I am ready to win the game for our team," added Dhawan.

Dhawan also said Ajinkya Rahane brings stability to the side and it gives him the freedom to express himself while opening the batting for his side.

Chasing 153 in their last match against RCB, Shikhar Dhawan and Ajinkya Rahane starred with the bat for Delhi as both batsmen played knocks of 54 and 60 respectively. Delhi won the match by six wickets with six balls to spare.

With this win, Delhi Capitals qualified for the playoffs and the side will now get two chances to qualify for the finals after finishing second on the points table.

"Yeah, absolutely, Rahane's addition brings stability to the side. In our last match against RCB, he played an amazing knock. With such experience in our side, I can play freely to take the game away from the opposition," said Dhawan.

Dhawan has been in remarkable form in the ongoing IPL season so far, managing to score 525 runs from 14 matches, including two back-to-back centuries.

Commenting on his recent form and the upcoming Australia tour, Dhawan said: "I have been scoring 500 runs in IPL since last four years, this edition has been special as I scored two tons and two ducks, I just want to perform consistently and provide great starts to the team, every season I play with good intensity.

"Once you score runs, you take the confidence to the next tour. I enjoy playing in Australia, it is a good opportunity for me to show my class over there. We will play for the Indian team after a long time," he added.

Delhi Capitals had lost four matches in a row, before winning the crucial encounter against RCB to progress to the playoffs.

Commenting on the importance of Ricky Ponting as a coach, Dhawan said: "It is a huge advantage to have Ponting in the side. He is a great coach, he always backs us, he gives us clarity. When we were losing, we had a nice open chat. He is a very open-minded person, he is always there to help."

"We have had a great journey as a team this season, we have seen some dips as well, we had it look easy when we won the last match against RCB, we are looking forward to winning tomorrow's match against Mumbai Indians and progress to the finals," he added.

Ajinkya Rahane Ricky Ponting IPL 2020 Mumbai Indians vs Delhi Capitals, Qualifier 1 Cricket
Get the latest updates on Fifa Worldcup 2022 and check out  Fifa World Cup Schedule, Stats and Live Cricket Score. Like us on Facebook or follow us on Twitter for more sports updates. You can also download the NDTV Cricket app for Android or iOS.