Manish Pandey's unbeaten 111-run knock propelled India A to a five-wicket win. India A now have an unassailable lead of 2-0 in the three-match series. 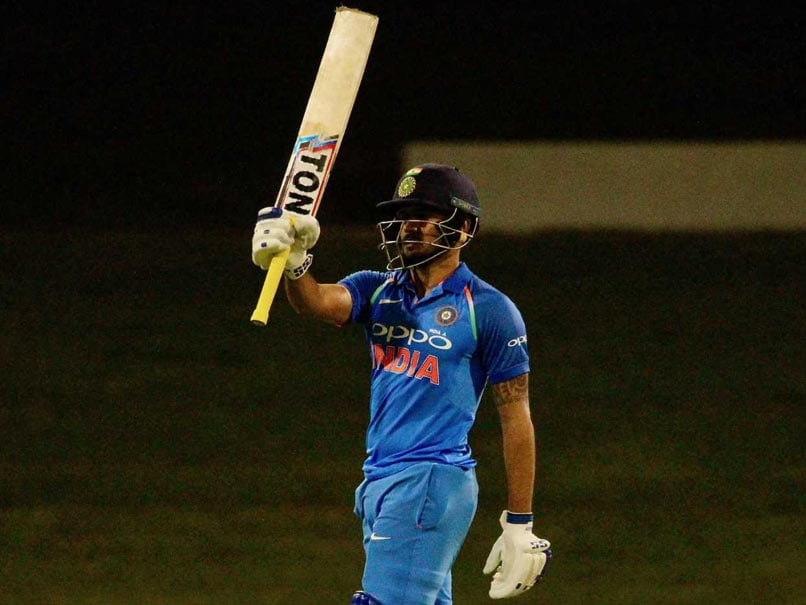 Skipper Manish Pandey scored a sublime century to guide India A to a comfortable five-wicket win against New Zealand A in the second one-day game at the Bay Oval on Sunday. With the victory, India A also clinched the series, taking an unassailable 2-0 lead in the three-match rubber. Chasing a target of 300, Manish played an unbeaten 111-run knock off 109 balls, taking India A across the line with six balls to spare. Shreyas Iyer (59) and Vijay Shankar (59) provided excellent support to Manish in the tricky run-chase.

India A opted to field after winning the toss, and medium pacer Khaleel Ahmed drew first blood in the first over, dismissing Hamish Rutherford for eight. After Rutherford's departure, George Worker and Will Young put up a mammoth 190-run partnership for the second wicket. Worker scored 99 and Young 102, as both the batsmen had a field day out in the middle.

With 199 for one in 39.5 overs at one stage, New Zealand A batsmen faltered towards the end of the innings. India A bowlers chipped in with crucial wickets in the death overs, restricting the home team at 299 for nine in 50 overs.

Khaleel Ahmed and Navdeep Saini bagged two wickets each, while Siddarth Kaul, Axar Patel and Krishnappa Gowtham had one wicket each to their name.

While chasing the target, India got off to a decent start with Shubman Gill (25) and Mayank Agarwal (25) adding 40 runs for the first wicket. But pace duo of Seth Rance and Hamish Bennett dismissed both the openers in quick succession, putting India in a spot of bother at 58 for two.

Skipper Manish Pandey and Shreyas Iyer then joined hands for a crucial 90-run partnership for the third wicket, steadying the run-chase for India.

Manish, then went on to be part of a 123-run stand with all-rounder Vijay Shankar. The partnership took India close to the target.

Towards the end, Manish added another 29 runs with Axar Patel as he took India to a convincing  five-wicket win.

The third and final match of the one-day series will be played on December 11.

Axar Patel
Get the latest updates on IND vs NZ 2021, check out the Schedule and Live Score . Like us on Facebook or follow us on Twitter for more sports updates. You can also download the NDTV Cricket app for Android or iOS.