Other cricketers in the elite list are MS Dhoni, Suresh Raina and Harmanpreet Kaur. 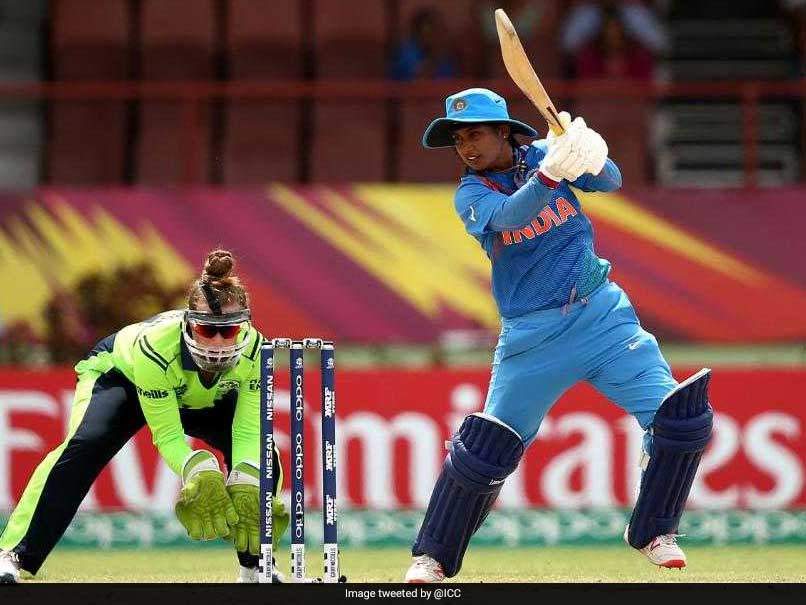 Indian cricketer Mithali Raj, currently anchoring India's run at the ongoing ICC Women's World T20, has now achieved a milestone no other Indian cricketer has. Mithali Raj is now the highest T20I run-scorer for India in the T20I format, staying ahead of Rohit Sharma and Virat Kohli. Other cricketers part of the illustrious list are India women's captain Harmanpreet Kaur, Suresh Raina, and MS Dhoni.

The International Cricket Council (ICC) also shared her achievement through a tweet.

Mithali has enjoyed a superb run at the ongoing ICC Women's World T20, scoring a fine 56 against Pakistan in India's second Group B clash, and then followed it up with a 51-run knock against Ireland, helping India qualify for the semi-final of the tournament as the Irish women lost the game by a 52-run margin.

Mithali, who top-scored with a 56-ball 51, laced with 4 fours and a six, did not find a stable partner at the other end, thanks to some casual batting from her teammates and immaculate bowling from the Irish women.

Put in to bat, India got off to a steady 67-run start from Mithali and Smriti Mandhana (33 off 29 balls; 4X4, 6X1) before the southpaw once again departed after getting a decent start.

The young Jemimah Rodrigues (18 off 11; 4X3) got off to a brisk start and quickly added 40 runs for the second wicket with Mithali before being stumped off Irish captain Laura Delany's bowling.

Mithali, however, waged a lone battle bringing up her sedate half century off 54 deliveries but perished soon, caught behind off Kim Garth.

Towards the end, Dayalan Hemalatha (4), Deepti Sharma (10 not out) and Radha Yadav (1 not out) failed to accelerate the scoring rate as India ended up with 145.