Ireland have lost both matches in the ICC Women's World T20 league stage. 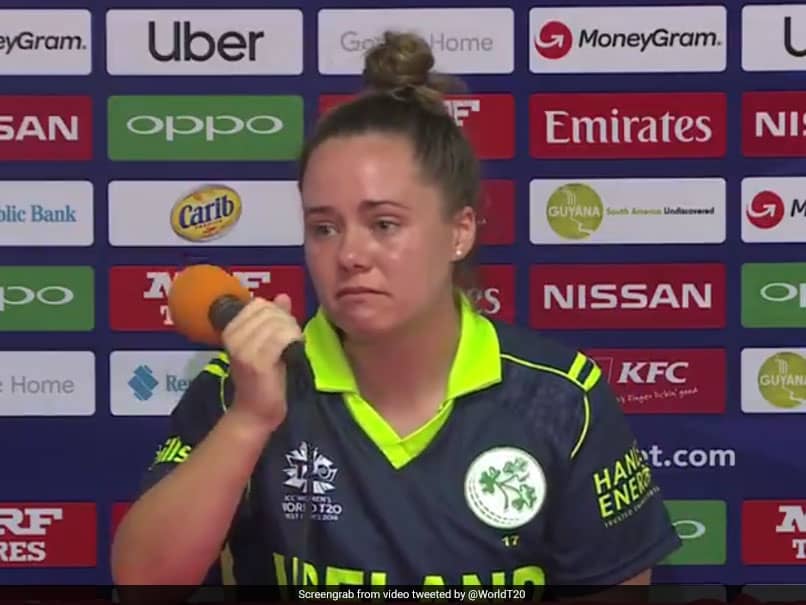 Propelled by captain Javeria Khan's unbeaten 74 off 52 balls, the Pakistan women's cricket team posted their highest T20I total - 139 /6 - in a Women's World T20 Group B match against Ireland on Wednesday. In reply, Ireland could muster only 101/9 in 20 overs as the Pakistan bowlers ran through their batting order with ease. Apart from Isobel Joyce (30) and Clare Shillington (27), no other batters could reach or cross the double-figure mark. By virtue of this loss, Ireland slumped to their second consecutive loss in the tournament. In the post-match conference, Ireland captain Laura Delany broke down in tears while speaking about the loss. Laura Delany termed her team's loss "so incredibly frustrating."

"If we were professional I wonder what the score would have been out there today to lose the match by 40 runs," said a dejected Laura Delany.

"If we were professional I wonder what the score would have been out there."@IrishWomensCric's captain Laura Delany was understandably quite emotional after her team's loss to Pakistan.

Javeria Khan, who was adjudged player of the match, said that her unbeaten 74 was her best innings in terms of scoring runs.

"This is my best innings in terms of scoring runs. Could've been better, but I took my time initially and helped my team get a decent total. I had to change a bit of gear because the ball wasn't coming on nicely to hit and they were bowling a bit slower.

"So, I took my time and seized on bad balls. I have been working hard on my T20 game, I know that you have to score runs quickly in this format. It was a good win," Javeria further added.

Ireland next play India in their Group B match on Thursday, while Pakistan play New Zealand on the same day.