ENG vs WI: Joe Root Compares Ben Stokes To This Superhero After His Heroics In 2nd Test

England captain Joe Root said his side was in "the presence of greatness" following all-rounder Ben Stokes' latest commanding display in second Test against the West Indies at Old Trafford. 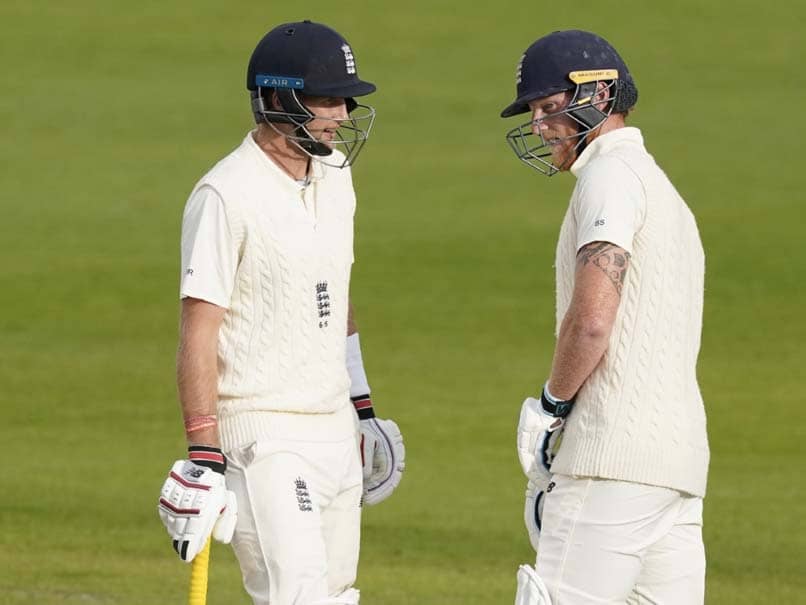 England captain Joe Root said his side was in "the presence of greatness" following all-rounder Ben Stokes' latest commanding display in Monday's second Test against the West Indies at Old Trafford. Stokes laid the platform for a 113-run victory that saw England level the three-match series at 1-1 with 176 in a first innings of 469/9 declared. Stokes was required to bat carefully in difficult conditions, a point underlined by the fact it took him 255 balls to reach his century.

But Stokes' ability to adapt his game to different situations was brilliantly demonstrated during England's second innings when, promoted to open in a search for quick runs, he struck 78 not out off just 57 balls as West Indies were set an imposing target of 312 to win.

Stokes' batting alone would have justified the man-of-the-match award he duly received, but he then proved his worth with the ball as well.

The West Indies, having slumped to 37/4, kept the hosts at bay during a fifth wicket stand of exactly 100 between Shamarh Brooks and Jermaine Blackwood.

But it was paceman Stokes who broke the stand when, during a typically committed stint, he produced a short ball on the stroke of tea that Blackwood could only glove to wicketkeeper Jos Buttler.

"He's Mr Incredible. I suppose," Root told reporters as he compared Stokes to the cartoon superhero of the same name.

"I certainly think he can keep performing at this level. I think the sky's the limit for him really."

It's one thing to identify the time to up the tempo but another to do that as smoothly as Stokes did in this match, with the 29-year-old Durham star's natural talent now coupled to a heightened tactical awareness.

"To have such a complete game, and so many different gears at your disposal, allows you the ability to keep getting better," said Root.

The past year has seen Stokes play a key role in England's World Cup final win over his native New Zealand at Lord's before his staggering 135 not out secured a remarkable one-wicket victory over Australia in the third Ashes Test at Headingley.

And Root, back skippering England after missing West Indies' four-wicket win in the first Test -- where Stokes deputised as captain -- to attend the birth of his second child, forecast more of the same from the team's talisman.

"If he continues to read situations the way he is, and keeps the confidence that he's playing with at the moment, there's no reason why we can't continue to see such brilliant performances as we have done this week, and over the last 12 months really.

"We have to savour that, we have to appreciate that and understand that we are, without trying to pump his tyres too much, in the presence of greatness."

With the finale in a behind closed doors campaign that marks international cricket's return following the coronavirus lockdown starting at Old Trafford on Friday, Stokes gave England a scare when he couldn't complete the 15th over of his bowling spell.

"It was just my body starting to get really stiff. I'm fine," Stokes insisted.

"I'll give everything to the team, whatever is asked of me. It's a case of doing what's needed at the time."

Old Trafford, Manchester
Get the latest updates on IPL 2020, check out the IPL Schedule for 2020 and Indian Premier League (IPL) Cricket live score . Like us on Facebook or follow us on Twitter for more sports updates. You can also download the NDTV Cricket app for Android or iOS.