Ben Stokes scored a century and an unbeaten half-century and was handy with the ball as well as England beat West Indies in the second Test. 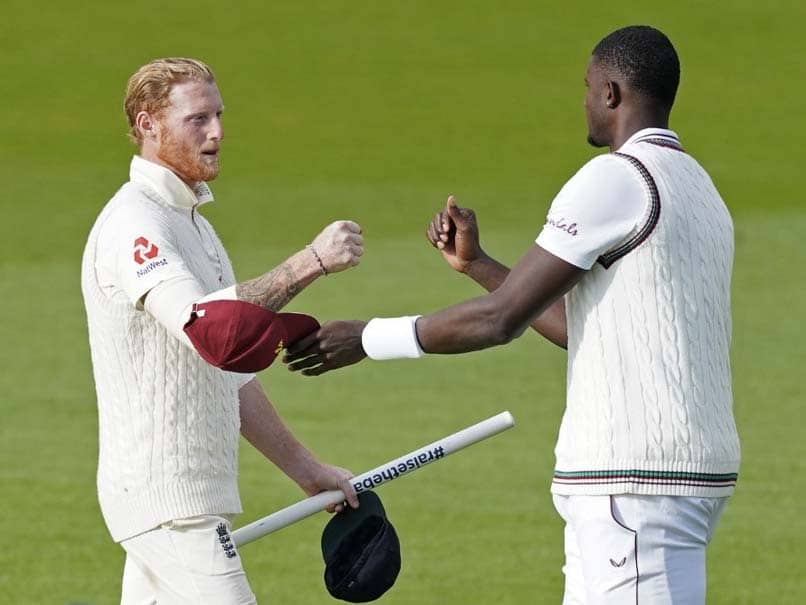 Ben Stokes made his presence felt with both bat and ball as England beat the West Indies by 113 runs in the second Test at Old Trafford on Monday. West Indies, set a nominal 312 to win, were bowled out for 198 on the fifth and final day as England levelled the three-match series at 1-1. All-rounder Stokes made 176 in England's first-innings 469-9 declared and a dashing 78 not out on Monday that set up another declaration by home captain Joe Root. Stokes then took two key wickets after Stuart Broad's early treble helped reduce the West Indies to 37-4.

Shamarh Brooks (62) and Jermaine Blackwood (55) kept England at bay during a fifth-wicket stand of exactly 100.

But Stokes, yet again in his career, proved a partnership breaker when his short ball had Blackwood, who made a match-clinching 95 in West Indies' four-wicket win in the first Test at Southampton, gloving to diving wicketkeeper Jos Buttler on the stroke of tea.

England's plans for this match were thrown into disarray when fast bowler Jofra Archer had to be omitted for breaching the bio-secure regulations governing a series that marks international cricket's return from the coronavirus lockdown.

But such was their dominance they still had time enough to win.

Recalled paceman Stuart Broad, angry at being rested from the series opener, struck just five balls into the West Indies second innings Monday when he had John Campbell caught behind.

Broad finished with 3-42 having rocked the West Indies in their first innings with a three-wicket burst in 14 balls.

Chris Woakes then had West Indies dangerman Kraigg Brathwaite lbw and Broad bowled Shai Hope with an excellent delivery that clipped the top of off stump.

Broad struck again after lunch when Roston Chase was lbw playing no shot to a nip-backer.

England spinner Dom Bess then got in on the act.

Two balls after Jason Holder drove him for six, Bess bowled the West Indies captain between bat and pad with a classic off-break.

Bess finished the match when Kemar Roach was brilliantly caught by Ollie Pope at short leg.

Earlier, Stokes, promoted to open in a quest for quick runs, took England to 129-3 declared in their second innings.

Having batted cautiously before upping the tempo in his first-innings century, Stokes produced another brilliantly judged batting display as England scored 92 runs in 11 overs on Monday.

Stokes should have been out for 29 when he slogged Shannon Gabriel to deep extra cover only for Campbell to drop a routine catch.

Stokes, England's captain in Root's absence for the first Test, cashed in and went to fifty with a six off Gabriel that cleared the towering Holder at long-off.

West Indies Cricket Team
Get the latest updates on India vs Australia Series, check out the India vs Australia Schedule for 2020-21 and Ind vs Aus live score . Like us on Facebook or follow us on Twitter for more sports updates. You can also download the NDTV Cricket app for Android or iOS.