Steve Smith suffered a rare failure in the first Test against Pakistan when Yasir Shah bowled him out for just four runs. 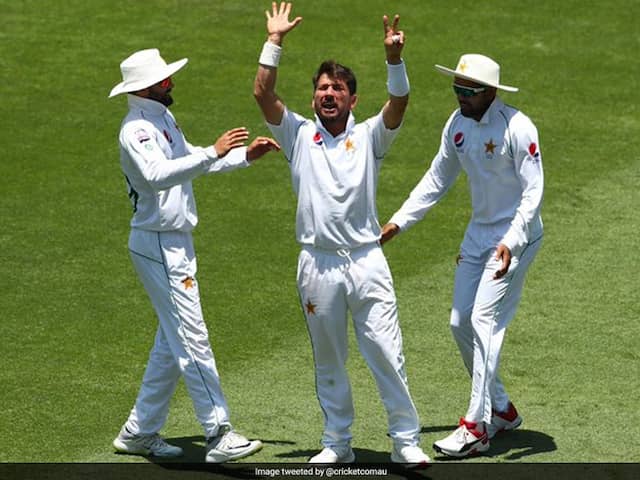 Yasir Shah held up seven fingers to show he got Steve Smith out as many times in Test matches.© Twitter

Ever since his return to Test cricket from his year-long ban, Steve Smith has looked like he could do no wrong. That was until he came up against his old rival Yasir Shah when Australia took on Pakistan in their first Test at the Gabba in Brisbane. The wily legspinner had claimed Smith's scalp six times in five matches heading into the match, and in Australia's first innings, he outfoxed the world no.1 Test batsman to bowl him out for just four runs.

If the rare failure was not enough, Yasir Shah then raised up seven fingers in celebration to rub in the fact that he had now sent Smith back to the dugout seven times.

Speaking ahead of the second Test in Adelaide, Smith conceded that the celebration has egged him on to not give him a chance to get his wicket again.

"It gave me a bit more motivation next game to not get out to him," Smith was quoted as saying by cricket.com.au when asked about Yasir Shah's seven-finger salute.

"I'll be a little bit more disciplined against him," he added.

However, Smith did not seem to think that Yasir Shah had his number. The ace batsman said that a lot of times he got out to the spinner when trying to up the tempo and get quick runs.

"It was interesting. A few of the times he's got me out, I've been on a few runs and been slogging. There's been a couple of second innings ones where I was playing some funky shots. So I'm not too worried," he said.

He praised the spinner, who picked up four wickets on a pitch that did not provide much assistance to spinners.

"I thought he bowled really well at the Gabba, got some good drift and a little bit of a spin on a wicket that wasn't spinning that much. He bowled well and we're going have to play him well this game," Smith said.

Australia beat Pakistan comfortably by an innings and five runs, taking the lead in the two-match series.

The next match, in Adelaide, will be a day-night Test that starts on Friday.

Yasir Shah Cricket
Get the latest Cricket news, check out the India cricket schedule, Cricket live score . Like us on Facebook or follow us on Twitter for more sports updates. You can also download the NDTV Cricket app for Android or iOS.