'Dada, Daro Mat', Ashish Nehra's Advice To Ganguly During A Match With Pakistan

Nehra bowled the crucial last over in the match to give India an improbable win. 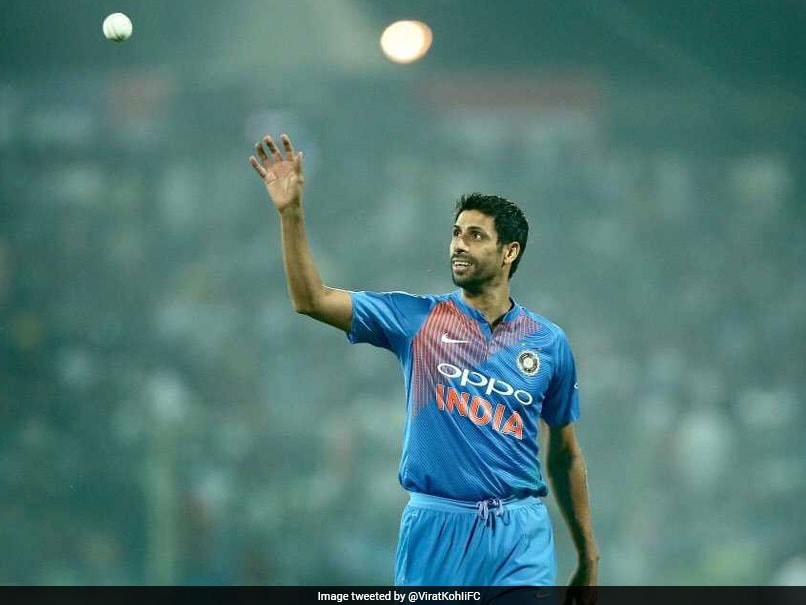 Ashish Nehra called time on his 18-year-old career on Wednesday against New Zealand in the first T20I of the three-match series played between the two sides at the Feroz Shah Kotla. While tributes poured in fromall corners for Nehra, his former India teammate Hemang Badani uploaded a video on Facebook before the match where he is seen sharing some interesting stories about Nehra who had made his debut for India under Mohammad Azharuddin in 1999 and played under as many as five captains. While most will remember Nehra for his outstanding performance against England where he returned with figures of 6 for 23 in the 2003 World Cup, the 38-year-old was also part of the 2011 World Cup-winning team and his spell against Pakistan in the semi-final was as good as any of his other performances.

Nehra was entrusted in bowling the most difficult overs of the match by his captain Sourav Ganguly and Badani shared one such incident where Ganguly was a bit clueless as to whom he should give the final over in a tight match against Pakistan.

"I remember one such incident which was in 2004, the epic India vs Pakistan series in Karachi. We scored about 350. Pakistan needed about 9 or 10 of the last over and there was a bit of confusion at the ground as to who is going to bowl the last over and Nehra standing at fine-leg at that point of time runs in to Sourav and he says, 'Dada (Sourav), mein dalta hoon, aap daro mat. Mein match win karke dunga' and as things may fall in and things would happen he just gave 3 of the over, got the wicket of a set Moin Khan and won us the game," said Badani in the video.

Badani captioned the video, "The man who said 'Dada, Daro Mat' to Dada himself. The man who battled so many injuries with such positivity. Has a fighting temperament & a big heart. Wishing you a wonderful retired life Ashish Nehra. You kept the Indian Flag flying high playing for the Country. #INDvNZ."

Sponsored by Vuukle
Comments
Topics mentioned in this article
India Cricket Team Ashish Nehra Hemang Badani Cricket
Get the latest updates on IPL Auction 2023 and check out  IPL 2023 and Live Cricket Score. Like us on Facebook or follow us on Twitter for more sports updates. You can also download the NDTV Cricket app for Android or iOS.