Revealed: Why Ashish Nehra Bowled The Last Over In His Final Game

Nehra was India's specialist death bowler for a long time. 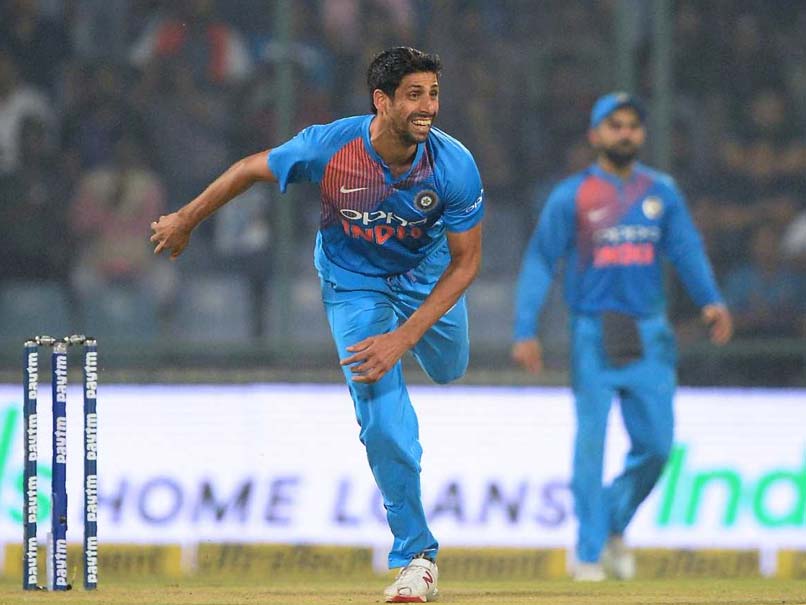 Ashish Nehra bowled the last over in his final game at Feroz Shah Kotla, Delhi.© AFP

Ashish Nehra retired from all forms of the game on Wednesday, bringing the curtain down on a career that spanned a little more than 18 years. He bowled the last over against New Zealand in the first T20I of the 3-match series at Feroz Shah Kotla that India won by 53 runs. While the match was all but over before the 20th over, a lot of people wondered why Nehra bowled the last over or whether it was the India skipper Virat Kohli who wanted him to bowl the final over in his final match. Talking about that to former India cricketer Sanjay Manjrekar after the match, Nehra said, "I must be one bowler who bowled the most number of last overs for India, but it was different sort of pressure and today was much more comfortable. Virat was on my case for the last 2-3 overs and I said I will bowl the last over."

Talking about Nehra's retirement, Kohli said that he knows how hard Nehra has worked and he deserved this kind of farewell with the crowd cheering him.

Recalling the photo in which Nehra was giving an award to a young Kohli long time back, the Indian captain said, "That was back in 2003 after he had come back from the World Cup. I was 13 then and struggling for a place in the school team.

.@imVkohli's Farewell Greetings To Nehra. May you have the best life ahead, Nehra ji. Good luck all the way for your life. #INDvNZ pic.twitter.com/fQ94GbCD3u

"To have played 19 years is very hard for a fast bowler. I know how professional he's been and how hard he's worked. He deserved this kind of a farewell with the crowd cheering him. He can now spend time with his family, he's got a beautiful family. We'll stay in touch but we'll miss him and I wish him all the best."

Comments
Topics mentioned in this article
India Cricket Team New Zealand Cricket Team Ashish Nehra Virat Kohli Feroz Shah Kotla, Delhi India vs New Zealand Cricket
Get the latest updates on ICC Women's Cricket World Cup 2022 and IPL 2022, check out the Schedule , Live Score and IPL Points Table. Like us on Facebook or follow us on Twitter for more sports updates. You can also download the NDTV Cricket app for Android or iOS.