The Undertaker announced his retirement from WWE and Mumbai Indians found their own way to thank him. 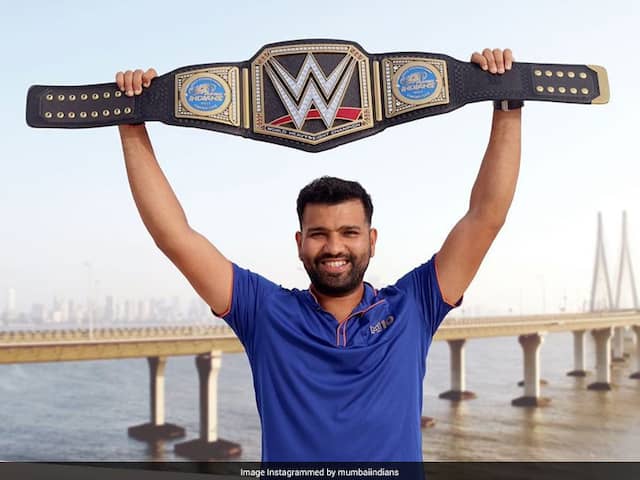 The Undertaker announced in the last episode of the WWE docuseries "The Last Ride" that he has no desire to return to the ring for another match.

In a series of tweets posted by the WWE, The Undertaker said that "I'm gonna leave my way."

You can never appreciate how long the road was until you've driven to the end. #TheLastRide @WWENetwork pic.twitter.com/JW3roilt9a

"I did things my way, and I'm gonna leave my way."#TheLastRide @undertaker pic.twitter.com/Qy0Qfxk3zL

The Undertaker's real name is Mark Calaway and he last faced AJ Styles at WrestleMania 36 in a "Boneyard Match".

The Team India vice-captain will lead Mumbai Indians in their title defence if and when the IPL 2020 commences.

Recently, the IPL governing council chairman Brijesh Patel said that they are ready to hold the 2020 edition of the league and are just waiting for the International Cricket Council's (ICC) decision on the T20 World Cup.

The IPL has been postponed indefinitely due to the ongoing coronavirus crisis.

The T20 World Cup is slated to be played from October 18-November 15 in Australia this year.

"Yes we are ready to go with IPL in September-October window, everything is planned and ready. Will have to follow the guidelines and SOPs, for medical and other things," Patel told ANI.