Ajinkya Rahane was nominated by Rohit Sharma to participate in the "keep it up" challenge. 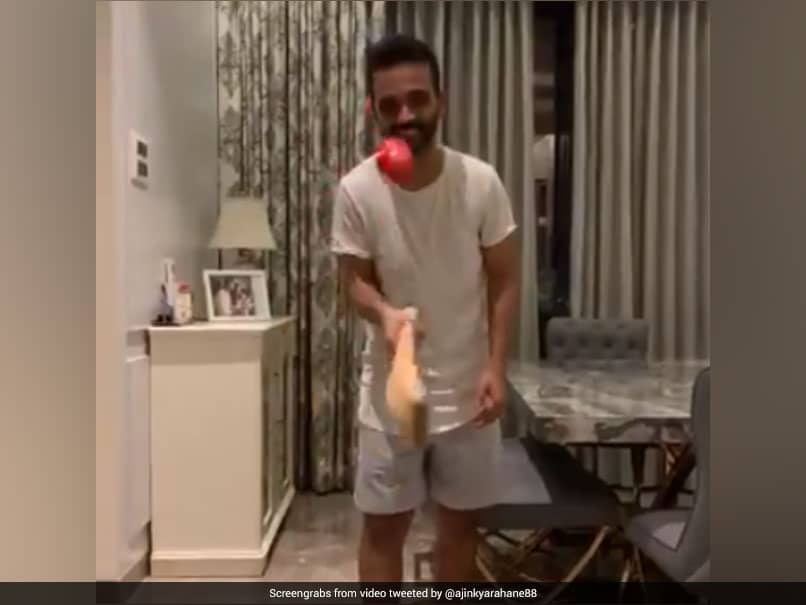 Ajinkya Rahane shared the "keep it up" challenge video on his social media platforms.© Twitter

Challenge accepted, @ImRo45!
Had shot this in the evening so used the pink ball!????
I'm committed to staying at home.
Next up @Sdhawan25 @Cheteshwar1 & @Wriddhipops pic.twitter.com/ui7m8vGfdM

India played their first-ever day-night Test match against Bangladesh at the Eden Gardens in Kolkata on November 22. This also saw the debut of the Pink ball in the country. Indian pacers Ishant Sharma and Umesh Yadav were the stars with the pink ball during the game. Ishant Sharma scalped 9 wickets whereas Umesh Yadav took 8 wickets to help India win the match by an innings and 46 runs.

Rahane is the vice-captain of the Indian team in the longest format of the game. Rahane has played 65 Test matches for India and has scored 4,203 runs with an average of 42.88. The right-handed batsman has 11 Test centuries to his name along with 22 half-centuries.

The right-handed batsman was set to represent Delhi Capitals in the upcoming edition of the Indian Premier League. However, the BCCI indefinitely postponed the IPL as a precautionary measure against the coronavirus pandemic.

Bangladesh Cricket Team BCCI Cricket
Get the latest updates on IPL 2020, check out the IPL Schedule for 2020 and Indian Premier League (IPL) Cricket live score . Like us on Facebook or follow us on Twitter for more sports updates. You can also download the NDTV Cricket app for Android or iOS.