Ajinkya Rahane agreed that in future, players will be wary of wild celebrations and group hugs which they are so used to at the fall of wickets 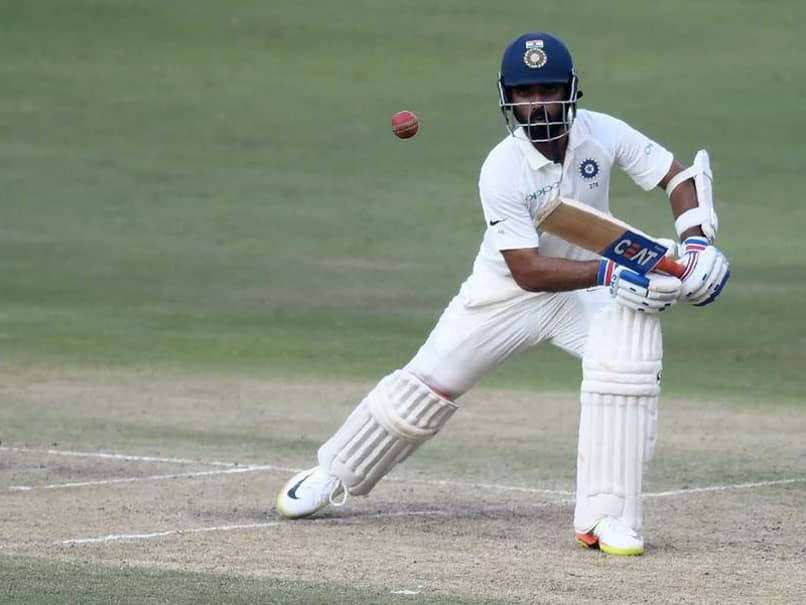 Ajinkya Rahane said cricket should only start when we get a vaccine to fight the virus.© AFP

India's Test vice-captain Ajinkya Rahane on Wednesday said cricketers will need at least a month of training before resumption of competitive games, which should happen only after a vaccine for the dreaded COVID-19 is discovered. Rahane also said that in a coronavirus-scarred world, the lifestyle of cricketers will undergo a change as far as pre and post-match routines are concerned. "...we would be needing three to four weeks of proper practice before playing any kind of competitive game (domestic or international)," Rahane, who was named brand ambassador of ELSA (English Language Speech Assistant) app, said during an online press conference.

"...I am missing my batting. But obviously, cricket should only start when we get a vaccine to fight the virus," he asserted.

While the sports ministry is planning a phased resumption of national camps in Olympic disciplines, the BCCI is yet to spell out its plans on cricket. Rahane said he is focussing on his fitness amid the lockdown.

"I am following the chart given by our trainer. I am also doing 'free weights' at home apart from meditation," he said.

He agreed that in future, players will be wary of wild celebrations and group hugs which they are so used to at the fall of wickets.

"I think we might go back to the good old days when fielders would still stand in their designated positions after the fall of a wicket and clap. May be handshakes will be replaced by a 'Namaste'," the elegant Mumbai right-hander predicted.

"But once sport resumes, you can't take anything for granted. The safety of the fans will be of utmost importance. There will be changes in lifestyle while travelling. Especially before and after the match," Rahane said.

However, he was non-committal on whether there should be a ban on the use of saliva to shine the ball, a topic of debate right now.

"I would like to wait and watch. You will only get a fair idea about revised rules once play resumes."

A couple of months back there were discussions about trying Rahane in white ball cricket because of his experience and IPL would have been a great platform for him to reaffirm his status as a quality white-ball player.

However, with the event postponed indefinitely, Rahane's chances of a comeback in limited overs certainly got affected.

"It's all about being positive. I want to do well for my country in all formats. I have belief in myself. You never know what the future has in store for you.

"This lockdown has taught us to be more patient, believe in my routines and I am confident, the end result will be great," Rahane said.