Rohit Sharma "Laid-back" But World-Class: Adam Gilchrist Backs Him For Opening In Tests

Adam Gilchrist reckons Rohit Sharma can be tried for the opening role in Tests, especially at home. 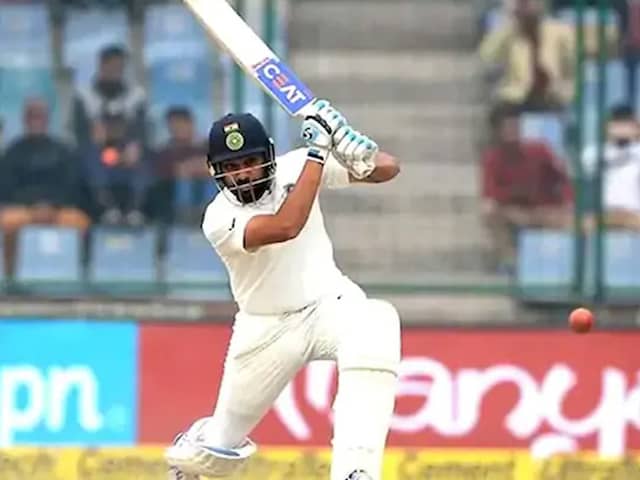 Rohit Sharma last featured in a Test match back in 2018 in Melbourne.© AFP

Rohit Sharma, who had an exceptional World Cup 2019, was picked for the full tour of the West Indies but was not included in the playing XI during the two-Test series. India's opening pair of KL Rahul and Mayank Agarwal failed to provide a good start to the team up front. After KL Rahul's poor show with the bat, former Australia wicketkeeper-batsman Adam Gilchrist said that the 32-year-old Rohit can be tested at the top of the order.

Gilchrist also added that Rohit seems like he is laid back but he works really hard to stay on top of his game.

"I think Rohit deceives people. I mean, since he is a laid-back (kind of) guy, people think he is not working hard enough. In reality, he is world-class," Gilchrist was quoted as saying by IANS.

The former Australia player, however, feels Rohit can find it more challenging when India play Test matches in foreign conditions.

"At home, Rohit can most definitely play as opener," Gilchrist said.

"It might be more challenging when touring Australia, South Africa and England," he added.

Gilchrist, who was Rohit's teammate in the IPL during their stint with the Deccan Chargers, also said that the 32-year-old Indian batsman deceives people by his class.

"I love Rohit. We've played together for Deccan Chargers in the IPL," said the 47-year-old.

Earlier, MSK Prasad, chief selector of the Board of Control for Cricket in India (BCCI), acknowledged that KL Rahul's form in the Tests is a cause of concern for the team and the board might have Rohit to open the innings in the five-day format as well.

Former captain Sourav Ganguly has also backed Rohit for the Test opener's role and said that the star batsman deserved an opportunity in the longest format of the game.

Rohit Sharma Adam Gilchrist Cricket
Get the latest updates on IPL 2020, check out the IPL Schedule for 2020 and Indian Premier League (IPL) Cricket live score . Like us on Facebook or follow us on Twitter for more sports updates. You can also download the NDTV Cricket app for Android or iOS.