"Too Good Player To Be Left Out," Sourav Ganguly Backs Rohit Sharma As Test Opener

After the openers failed to provide a good start against the West Indies, Sourav Ganguly backed Rohit Sharma to be tested at the top of the order. 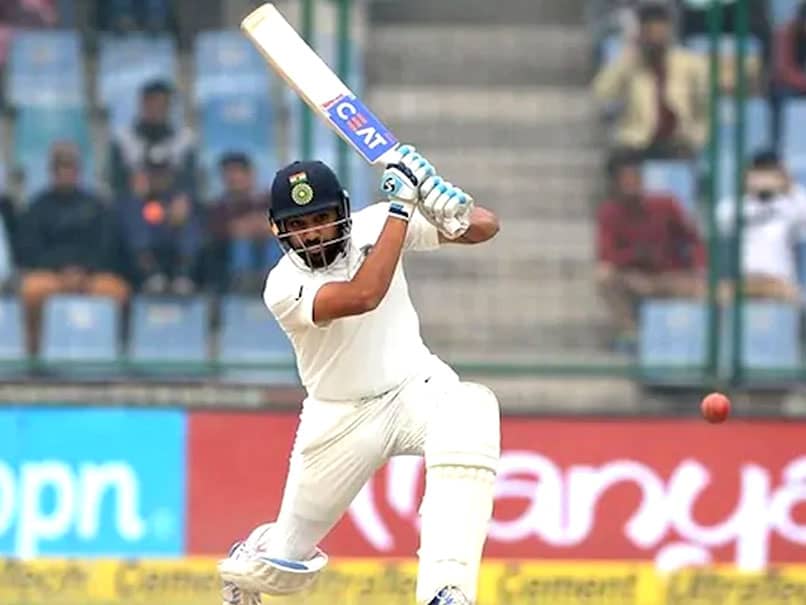 Rohit Sharma last featured in a Test match back in 2018 against Australia.© AFP

Rohit Sharma was not included in the playing XI during the Test matches against the West Indies in the recently concluded series where India thrashed the hosts 2-0. India produced a clinical performance, but the opening batsmen failed to provide a good start on all four occasions. After KL Rahul and Mayank Agarwal's poor show with the bat, former India captain Sourav Ganguly opined that the team management should give Rohit Sharma a chance at the top of the order in place of out of form opener KL Rahul.

"I had suggested earlier about trying Rohit Sharma as an opener in Test cricket and I still believe that he needs to be given an opportunity because he is too good a player to be left out in the cold," Ganguly wrote in his column for The Times of India.

Ganguly further mentioned that while Mayank Agarwal need more opportunities, KL Rahul's form has created an opening at the top.

"The opening still remains an area to work on. Mayank Agarwal looks good but will need a few more opportunities. His partner KL Rahul, though, has flattered to deceive and that creates an opening at the top," Ganguly opined.

Ahead of the India and West Indies series, Ganguly had opined Rohit should be tried for the opening slot. However, he was left out for both the games. Ganguly also said K.L. Rahul's poor form can push the team management to try out Rohit as the opener with Mayank Agarwal.

Rohit had a great run in the recently concluded World Cup 2019, where he slammed five hundreds.

"After a fantastic World Cup, I believe he will be itching to grab the opportunity to open in Tests. With Ajinkya Rahane and Hanuma Vihari settling in nicely, there is not much left to play around in the middle-order," the former captain added.

Ganguly also felt fixing the problem with the opening slot is the need of the hour for India in longest format of the game.

Speaking on the poor show by the West Indies side in the series, where they were whitewashed 0-2, Ganguly said the hosts lacked application.

"As has been clearly evident in every form of the contest, West Indies have the talent but in terms of application, the they are a long way off. How they manage to resurrect themselves from here on will define the future of West Indies cricket," the former left-handed batsman concluded.

KL Rahul
Get the latest updates on India vs Australia Series, check out the India vs Australia Schedule for 2020-21 and Ind vs Aus live score . Like us on Facebook or follow us on Twitter for more sports updates. You can also download the NDTV Cricket app for Android or iOS.