India will begin their campaign against Wales on April 5. 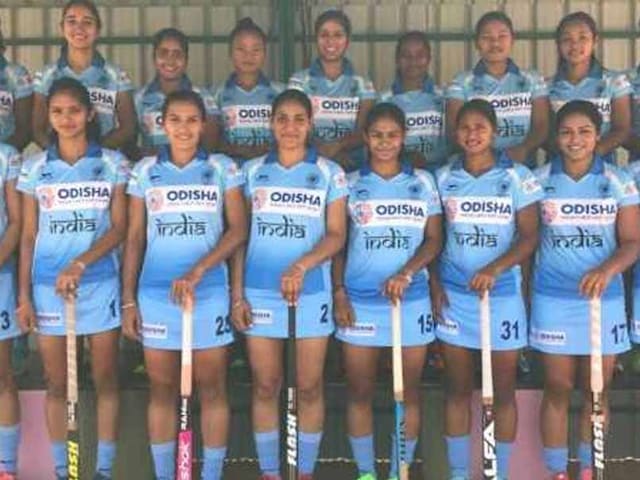 Veteran striker Rani Rampal will lead the 18-member Indian women's team, while goalkeeper Savita will fulfil the duties of a vice-captain at the Gold Coast 2018 XXI Commonwealth Games to be held in Australia, Hockey India announced on Wednesday. The Games will begin on April 4 and India, who have been placed in Pool A along with Malaysia, Wales, England, and South Africa will begin their campaign on April 5 against Wales.

"We have played with the same set of players for a long period so the players have formed a great understanding among themselves which was evident during our 2017 Asia Cup triumph," Chief Coach Harendra Singh said.

"The team also performed well in South Korea to beat a higher-ranked side and we will be looking to cause a few upsets and aim for the podium as the morale is high going into the prestigious Gold Coast 2018 XXI Commonwealth Games.

"Savita is an integral part of the team and brings a lot of experience in goal for us. She has played over 200 matches for her country and has performed in crucial matches of big tournaments. Therefore, it is good to have her back on the team as she helps the defensive and offensive players as well by imparting her expertise," he added.

Skipper Rani is confident that her team can emulate the feat of 2002 and 2006.

"We go into the tournament in good form after winning the series in South Korea and while we have only finished fifth in the two previous occasions, this time we will look to finish on the podium," the 23-year-old said.

"We have a great set of players with a mixture of experience and youth. The team's hunger to win will certainly be a key factor in us performing well at the Games."

Comments
Topics mentioned in this article
India Women Hockey Commonwealth Games 2018
Get the latest Cricket news, check out the India cricket schedule, Cricket live score . Like us on Facebook or follow us on Twitter for more sports updates. You can also download the NDTV Cricket app for Android or iOS.