The Indian women's hockey team played out a 1-1 draw against hosts South Korea, ending the bilateral five-match series with a 3-1 victory at the Jinchun National Athletic Centre on Sunday. 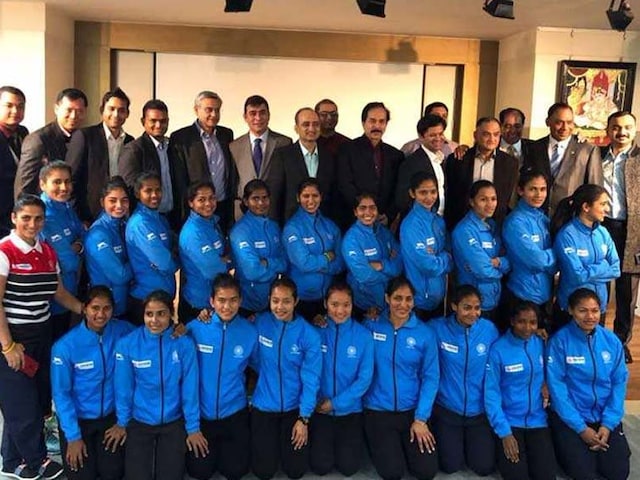 India played out a 1-1 draw against South Korea, ending 5-match series with a 3-1 victory.© Hockey India

The Indian women's hockey team played out a 1-1 draw against hosts South Korea, ending the bilateral five-match series with a 3-1 victory at the Jinchun National Athletic Centre on Sunday. Both the teams scored a goal each in the final quarter of the match which saw them locked at a goal apiece at the full-time whistle. It was Vandana Katariya who found the net in the 48th minute for India but the visitors' joy was cut short when South Korea's Bomi Kim (50') scored two minutes later. Earlier in the first quarter, both the teams looked to be patient and attack at the right time. Players from both the teams defended well as a unit but failed to produce much going forward in the final third of the pitch.

The second quarter saw the hosts create better chances going forward and the World No. 9 team made some attacking forays into the Indian striking circle.

South Korea's forwards earned themselves two penalty corners in the second quarter but Indian goalkeeper Rajani Etimarpu was up to the task as she made two great reflex saves on both the occasions to deny the hosts taking the lead in the match.

The visitors were unable to produce the same attacking display that saw them take a 3-1 lead in the series as the match remained goalless at half-time.

The Indian team came out after the half-time break with a rejuvenated spirit as they focused on quick and precise passing, and were threatening the hosts' defence on the counter as well.

It was an impressive phase in the match for the visitors as they created a few chances but could not be efficient in their finishing.

It was in the 41st minute that the World No.10 side were awarded their first penalty corner of the match, however South Korea's Mijin Han made a crucial save to deny the Indians as the scores remained locked at 0-0.

In the last quarter, India took the lead as a forward pass from skipper Rani Rampal was shot into the goal by Vandana.

However, the lead could only last for two minutes as South Korea also displayed some crisp passing and scored a field goal in the 50th minute through Bomi Kim.

The last 10 minutes of the match saw a similar story as both the teams looked to find the winner.

The hosts had a great chance of scoring the winner in the 54th minute when they were awarded a penalty corner, but the drag-flick was shot wide and the match ended in a 1-1 draw.