India vs Australia: Without Steve Smith And David Warner, Australia Are Like India Without Virat Kohli, Says Sourav Ganguly

Sourav Ganguly also said that this is India's best chance to win a Test series in Australia. 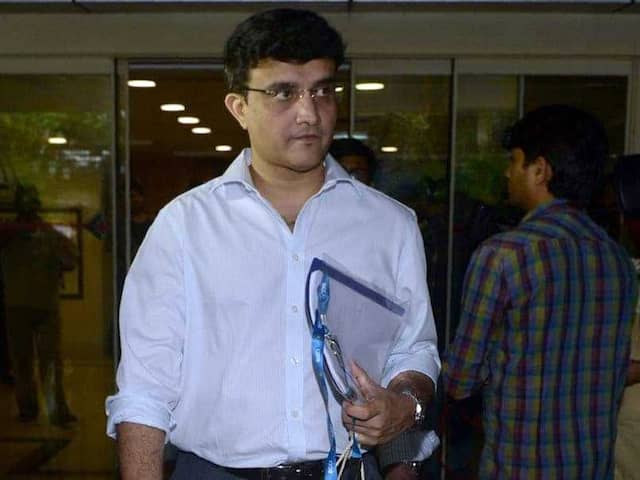 Former India captain Sourav Ganguly has made an astute observation before India embark on the Australia tour. The Cricket Association of Bengal president said the absence of Steve Smith and David Warner in the Australian team is tantamount to India not having Virat Kohli and Rohit Sharma in their ranks. "It's a huge factor. This is like the Indian team not having Rohit Sharma and Virat Kohli," said Ganguly, further saying that this is India's best chance to win a Test series in Australia, keeping in view their bowling attack.

"It's a great moment for Indian cricket. This is their best opportunity to beat Australia. India are a good side and have good bowling attack. I have seen in England that they (bowlers) have taken 20 wickets in every test. But you also have to keep in mind that Australia in Australia are a different kettle of fish. Many feel that they are a weak outfit but I don't think so," the 46-year old added.

The Australian Cricketers Association (ACA) had made a submission to Cricket Australia at the start of the month to lift the ban on Australian captain Smith and vice-captain Warner. But indications are that they are not ready to bring the trio (Cameron Bancroft included) back to international cricket early. Therefore, there seems little hope they will play Test cricket before March 29 when the ban on them ends.

India play four Tests starting December 6 at Adelaide Oval. India's best result Down Under was 1-1 in 2003-04 series under Ganguly.

Ganguly also hinted that India pacer Mohammed Shami has expressed his desire to play for Bengal in the next Ranji Trophy game against Kerala. "Shami has wanted to play. If he plays it's good for the Bengal side. We had written a letter before the first match as well to play him but he had few fitness issues for which he had to go to rehabilitation. If he plays, it's great."

David Warner Australia vs India 2018/19 Cricket
Get the latest updates on IPL 2020, check out the IPL Schedule for 2020 and Indian Premier League (IPL) Cricket live score . Like us on Facebook or follow us on Twitter for more sports updates. You can also download the NDTV Cricket app for Android or iOS.