Rohit Sharma averages 39.97 in the longest format of the game. 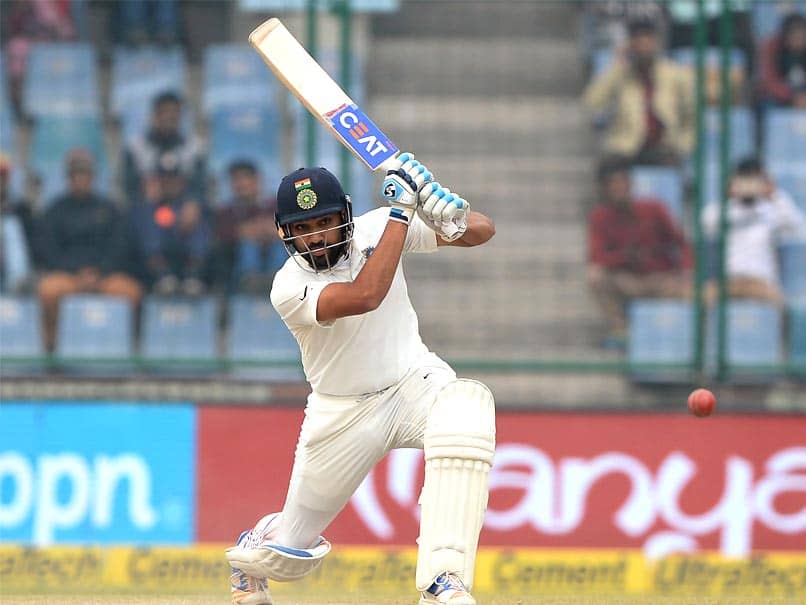 Rohit Sharma has not been a regular in the Test set-up for the Indian cricket team.© AFP

Rohit Sharma has not been a regular in the Test set-up for the Indian cricket team since his debut series against the Windies in 2013. The top-order batsman Rohit Sharma had notched up two back-to-back centuries in his debut but failed to maintain his consistency in the longest format of the game. In the last series which Rohit Sharma featured for India, he notched up the scores of 47, 10, 10, 11 against South Africa in overseas condition.

However, former India skipper Sourav Ganguly highlighted the fact that Rohit has matured over the years as a cricketer and the selectors should give him a slot in the Test squad against Australia.

After a 1-4 thrashing in their previous away series against England, India will begin their four-match Test series against Australia, starting December 6 at the Adelaide Oval.

"This is the time for the selectors to take Rohit along on the Australian tour for the Test series. He has matured a lot in last two years," Sourav Ganguly told India TV.

The 46-year-old also praised Rohit, who led India to the Asia Cup 2018 triumph, for his captaincy and said that he has proved his mettle.

"He has gained confidence in his game with time. In captaincy too, he has proved his mettle," Ganguly said.