Sourav Ganguly took to Twitter to wish Zaheer Khan on his 40th birthday. 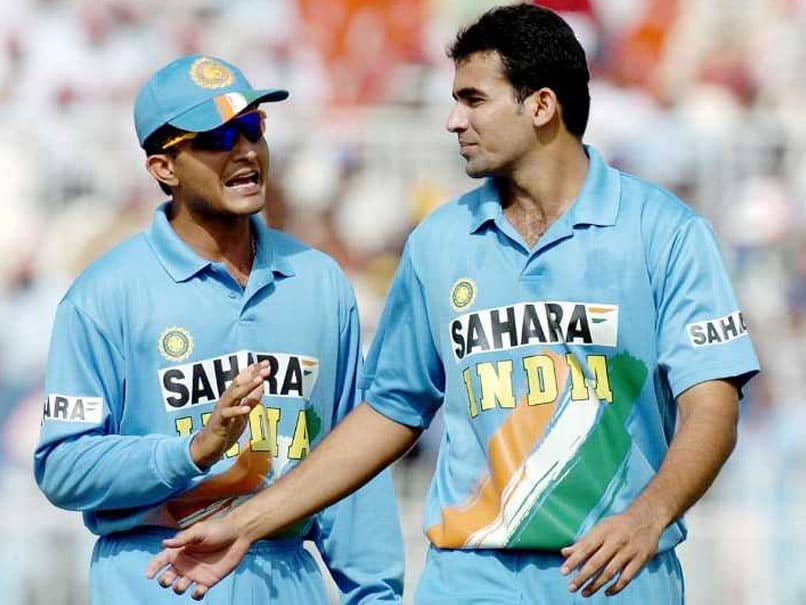 Zaheer Khan played a total of 124 matches under the captaincy of Sourav Ganguly.© AFP

Zaheer Khan turned 40 on Sunday with wishes pouring in on Twitter for the former India fast bowler. Among the well-wishers was Zaheer's former India teammate and captain Sourav Ganguly, who had a special request for the left-arm pacer. Ganguly wished Zaheer a great year ahead but implored the former India cricketer to lose some weight. Zaheer played a total of 124 matches under the captaincy of Ganguly -- 36 Tests, 88 ODIs, including an Asia XI match. The left-armer excelled playing under Ganguly, taking 232 wickets in the 124 matches.

Other former India teammates of Zaheer, the likes of Harbhajan Singh, Virender Sehwag and VVS Laxman also took Twitter to wish the pacer.

Happy Birthday to the man whose deliveries gatecrashed many stumps , have a great life ahead Gyaan Baba @ImZaheer ! pic.twitter.com/4GJUlvDysm

Wishing a wonderful man , a great match-winner for India and my buddy @ImZaheer a very very happy Birthday pic.twitter.com/VfpiGZywoF

Happy Birthday to one of the greatest Left arm seamer to have played for the Nation @ImZaheer. Have a great day brother! pic.twitter.com/Mnw3ric4mf

Zaheer is regarded as one of India's best exponents of swing bowling. He burst on to the scene during the Champions Trophy in 2000 in Kenya and will always be remembered for cleaning up Steve Waugh during the India vs Australia quarterfinal at Nairobi on October 7, 2000.

India went on to reach the final of the tournament but lost to New Zealand in the title clash. Zaheer ended the tournament as the joint second-highest wicket-taker with seven wickets to his name in four matches.

Zaheer is fourth in the list of highest wicket-takers for India in ODIs, behind only Anil Kumble, Javagal Srinath and Ajit Agarkar.

In the list of highest wicket-takers for India in Tests, Zaheer is in fifth place, behind Anil Kumble, Kapil Dev, Harbhajan Singh and Ravichandran Ashwin.

Zaheer Khan Cricket
Get the latest updates on India vs Australia Series, check out the India vs Australia Schedule for 2020-21 and Ind vs Aus live score . Like us on Facebook or follow us on Twitter for more sports updates. You can also download the NDTV Cricket app for Android or iOS.