Zaheer played 92 Tests and 200 ODIs for India and he announced his retirement from international cricket in 2013. 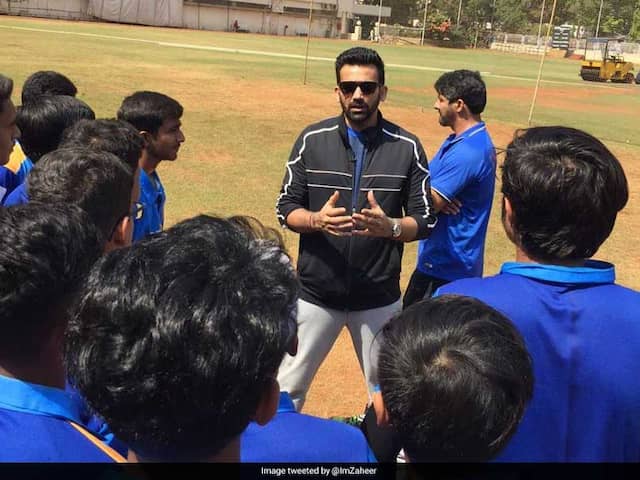 Zaheer Khan was one of the finest bowlers for India© AFP

Former India fast bowler Zaheer Khan turned 40 on Sunday and several past and present Indian cricketers including VVS Laxman, Harbhajan Singh and Aakash Chopra wished the left-arm pacer on Twitter. Zaheer Khan was key weapon in India's bowling arsenal as his swing bowling instilled fears into opposition batsmen. Harbhajan Singh called Zaheer Khan a "top man" while former India batsman VVS Laxman called the left-armer a match-winner for his fiery bowling spells for India. The Board of Control for Cricket in India (BCCI) was posted a short video recalling his brilliant spell against Sri Lanka.

Wishing a wonderful man , a great match-winner for India and my buddy @ImZaheer a very very happy Birthday pic.twitter.com/VfpiGZywoF

That moment when @ImZaheer registered his best ODI figures.

Zaheer was unbelievably good in his 15-year long career in both the ODI and Test formats. He made his ODI debut against Kenya in 2000 during the Knock-Out Cup and continued to play till 2012, taking 282 wickets from 200 matches, His best figures in ODI is 5/42 that he picked against Sri Lanka. He has eleven five-wicket hauls in Tests and one ten-wicket haul against Bangladesh in 2010.

He played his first Test in 2000 and went onto play 92 Test matches accumulating 311 wickets with best bowling figures in an innings being seven for 87.

Zaheer Khan VVS Laxman Cricket
Get the latest Cricket news, check out the India cricket schedule, Cricket live score . Like us on Facebook or follow us on Twitter for more sports updates. You can also download the NDTV Cricket app for Android or iOS.