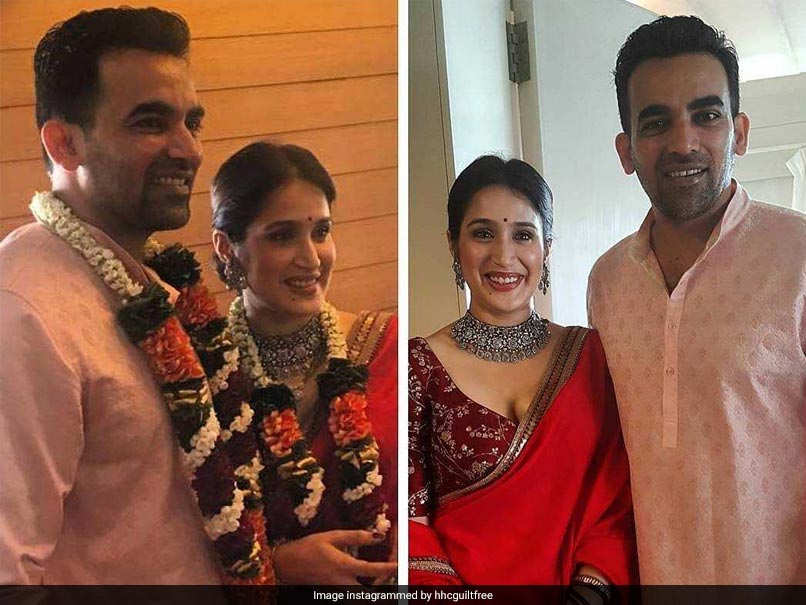 Zaheer Khan, former India fast bowler, and Bollywood actress Sagarika Ghatge are officially married after pictures of the duo surfaced on the social media on Thursday morning. Sagarika is seen wearing a beautiful maroon traditional saree with an elaborate necklace while Zaheer is sporting a kurta. Zaheer had announced his engagement to Sagarika Ghatge on Twitter in April this year. Sagarika had come into the limelight following her starring role in Shah Rukh Khan's 'Chak De! India'. She played the character of an Indian hockey player who dated the Indian cricket team's vice-captain in the movie.

"Like everybody who is getting married, I think there is always stress, yet there is a lot of excitement because it's a wedding that you are planning. So, we have all those emotions going on right now."

Another Indian cricketer Bhuvneshwar Kumar is also set to be married today. The Indian pacer will be marrying his fiancee Nupur Nagar in a close and intimate ceremony in Meerut.

Comments
Topics mentioned in this article
India Cricket Team Zaheer Khan Cricket
Get the latest updates on ICC Women's Cricket World Cup 2022 and IPL 2022, check out the Schedule , Live Score and IPL Points Table. Like us on Facebook or follow us on Twitter for more sports updates. You can also download the NDTV Cricket app for Android or iOS.