India's first-ever series win in Australia has been welcomed across the country. 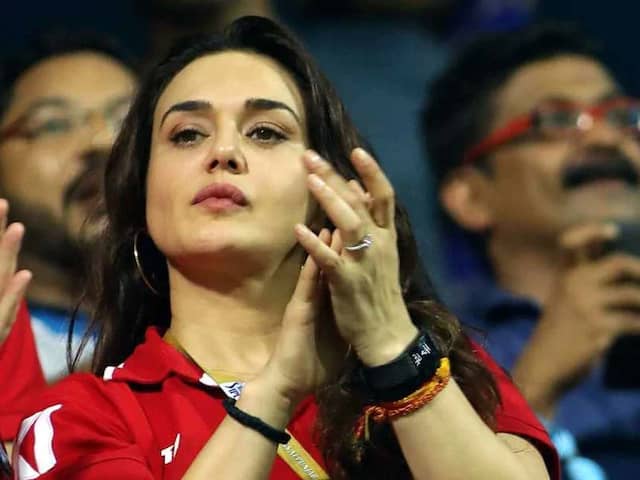 Preity Zinta was trolled after making an error in her congratulatory tweet for Team India.© BCCI

India drew the fourth and final Test in Sydney on Monday to clinch a 2-1 series win over Australia, the country's first-ever series win in Australia. Congratulatory messages poured in for captain Virat Kohli and Team India with Bollywood actress Preity Zinta among the well-wishers. However, the co-owner of Indian Premier League (IPL) team, Kings XI Punjab, made a small error in her tweet. Fans on the social media platform were quick to spot the mistake and went to town trolling the Bollywood star.

"Congratulations to the boys in blue for being the first Asian team to win a test match down under," tweeted Preity Zinta.

Congratulations to the boys in blue for being the first Asian team to win a test match down under@cheteshwar1 take a bow#AUSvsIND #victory #ting #TeamIndia #IndianCricketTeam @BCCI pic.twitter.com/2oaZtRZIcA

Some fans simply corrected the error but a few others were not as kind.

Not a test match. India is the first Asian team to win a test series down under.

Test series to be precise

On Monday, the final day of the Sydney Test was abandoned due to rain, thereby ending India's 71-year wait for a Test series win in Australia.

India got the series off to the best possible start by winning the tight opening Test in Adelaide by 31 runs on the fifth day -- their first Test win in Australia in a decade.

Australia bounced back in Perth to level the series, winning the match by 146 runs.

But another Pujara century in Melbourne set the visitors up for a big first innings total and when Australia capitulated in reply to 151 all out, the scene was set for India to take a stranglehold on the series coming into Sydney.